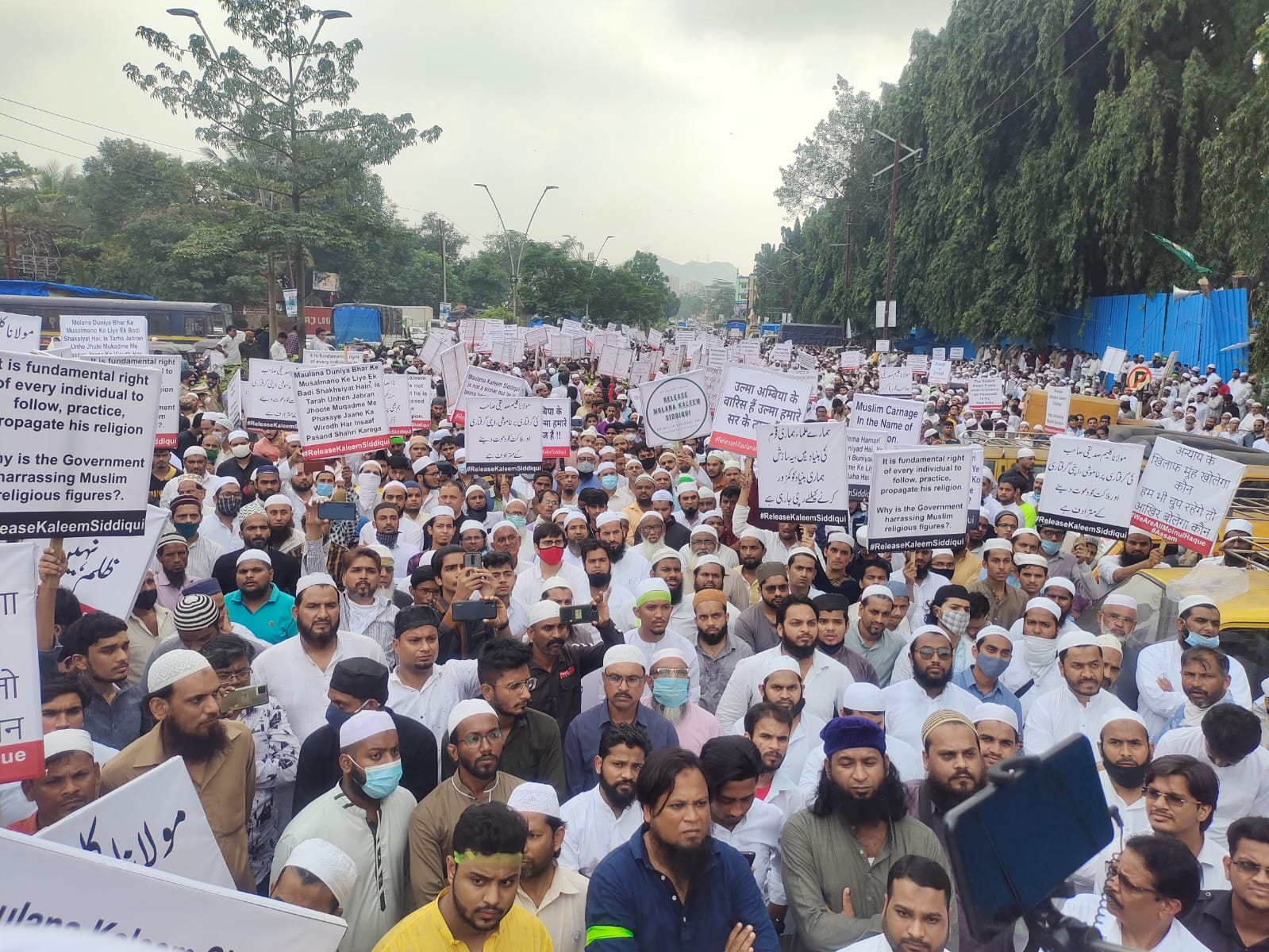 Thane: Thousands of people from Mumbra gathered on Friday afternoon protesting against the arrest of Maulana Kaleem Siddiqui and the illegal eviction of Muslim families in the state of Assam.

The protest was organized by the Mumbra-Kausa Ulama committee on Friday near the MEK company. After Friday prayers, the majority of the minority masses started gathering at the spot. People from every mosque of the respective areas in Mumbra and Kausa came walking towards the spot holding placards.

Around 5,000 Ulamas gathered at the spot at around 2:30 pm for the protest, which went on until 3:45 pm. The Ulama gave a memorandum to Mumbra police senior inspector Madhukar Kad that will further be submitted to the Thane district collector.

'It's the fundamental right of every individual to follow, practice, propagate his religion. Why are the government harassing Muslim religion figures' #ReleaseKaleemSiddiqui?' the placard read. The protestors went on shouting slogans and demanding rights.

Mufti Abdul Basit, a religious scholar from Mumbra said, "We are thankful to all the Ulama's from Mumbra and Kausa for gathering in the majority. It was a protest and people gathered in unity without any bias. The protest was over two things, first to release Maulana Kaleem Siddique whose arrest made by Uttar Pradesh ATS for a charge of running a conversion racket is baseless. The authorities should first inquire the matter and later take necessary action," he added.

He further added, "The second issue was off against the forceful eviction of Assame's because they are Muslim. Central government should look into the matter and accordingly take action to help the masses who are in trouble," added Basit.

Maulana Ayub, Jamat-e-Islam hind who also participate in the protest said, "Our memorandum itself says the release of Maulana Kaleem Siddique and justice for the Assame's citizens who are treated badly."