Ten officers of the Mumbai Fire Brigade received the President Fire Service Medal Gallantry which was distributed by the Minister of State Shri Nityanand Rai today at Vigyan Bhawan in New Delhi. Of this Six officers were bestowed with the award for saving the lives of those who were trapped in a massive blaze that engulfed the Mahanagar Telephone Nigam Limited (MTNL) Building on July 22, 2019, while the other 4 officers were received the awards for saving people trapped under the debris during the collapse of Kesarbai Building in Dongri on July 16, 2019.

While recalling the incidents and the brave fire fighting efforts, former chief fire officer of Mumbai fire brigade, Prabhat Rahangdale, said, “I was there during both the incidents, MTNL fire and the Kesarbai building collapse. The MTNL incident was a huge challenge because there were heavy cables and generators which were burning and emitting large amounts of poisonous gases in the air. Most of the people were trapped in this gas. The incident was so severe that we thought there would be at least 10 to 15 casualties. But we carried on our work and successfully rescued everyone without even a single casualty.”

“I recall how during the collapse of Kesarbai Building in Dongri, one Alema Idrisy was rescued after being was trapped under the debris for 18 hours,” he added. 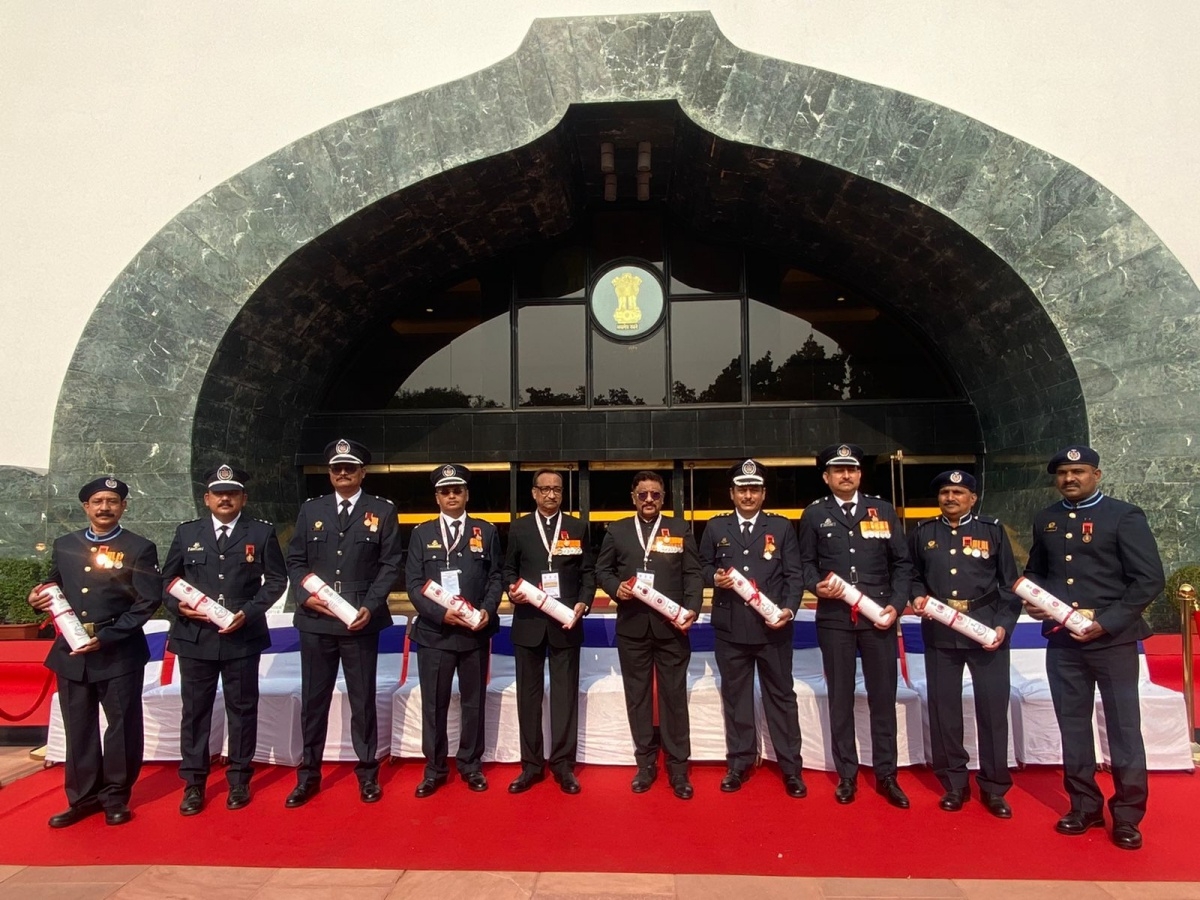 “When a member from the fire brigade jumps in to save someone, we do not think about ourselves or anything else, our priority is to save the ones who need our help. My team did a fantastic job and I'm proud of them,” said Rahangdale while speaking about his team.

During the MTNL fire incident, a massive fire broke out in the building in Bandra at around 3 pm on 22nd July 2019. Around 84 people were rescued by the fire officials via cranes from a balcony. Fourteen fire engines, including a robot van and an ambulance were at the scene to fight the Level 4 blaze. At least 175 rescue workers were on the spot who rescued trapped people in batches of six-to-seven people via cranes.

In the other incident, the three-storey Kesarbai Mansion in Dongri had collapsed partially on July 16 after 11 am. The incident left 13 dead and nine injured. The search operations were called off a day later after the Mumbai Fire brigade and National Disaster Relief Force cleared the debris and recovered 13 bodies.