The girl, on December 23 had left home from Bhandup to her college in Vikhroli – from where she was kidnapped by 2 persons

Mumbai: The Parksite Police in Vikhroli has arrested four persons for allegedly kidnapping a 17-year-old girl, and selling her to a shop owner in Aurangabad district, for Rs. 1 lakh.

The girl, on December 23 had left home from Bhandup to her college in Vikhroli – from where she was kidnapped by 2 persons, said the police on Friday.

According to the police, the parents of the minor girl approached them on December 23, evening, when their daughter, who had gone to college, didn’t return home. The police at first registered a case against an unknown person for kidnapping charges, while subsequently initiating the investigation.

On the same day, during the technical investigation, the police spotted the victim at Dadar railway station along with two people – a man, and a woman, boarding the Hubli Express. While checking with the railway authority, the police found out that they had taken a ticket to Miraj, a city in the Sangli district. They immediately contacted the authorities in Miraj during which they found footage that showed the two, along with the victim, sitting on a motorcycle and taking off from a bus stand outside the railway station.

Parallelly, the police started inquiring and tracing the whereabouts of the two people who were accompanying the victim from Dadar to Miraj. Using their pictures from CCTV footage, the police first found out about the woman – who is identified as Sunita aka Sudha Manoj Joshi, 24, a resident of Karnataka. The investigation further revealed that a day before the kidnapping happened, she visited Chembur where she was spotted visiting a man. The police took him into custody on January 16 and said the woman is his wife and provided the details of the man who accompanied Sudha – in the kidnapping.

The man, identified as Ladppa Lakshman, 34, is a relative of Sudha.

Both Sudha and Ladppa traveled to Aurangabad, to meet the third accused in the case, Ganapati Harishchandra Kamble, 50 – to whom the victim was sold off, for marriage purposes.

The four accused is Bhavaram Mali, also a resident of Aurangabad, who is allegedly the link between the first two accused and Kamble – like a broker. Kamble gave a sum of Rs. 1 lakh to Sudha and Ladppa in exchange for the girl, confirmed the police.

Post their arrests from Aurangabad, all the accused were brought to Parksite police station and were presented in court on Friday. The court remanded them to police custody till December 27.

A case has been registered against the four under sections 363 (kidnapping), 366 (kidnapping or abducting a woman to compel her marriage), 370 (trafficking of persons), 370A (exploitation of trafficked persons), 376 (2) (1) (rape), 344 (wrongful confinement for ten days or more), 506 (criminal intimidation), among others of the Indian Penal Code. Section 4 (penetrative sexual assault), 8 (sexual assault), and 12 (sexual harassment) of the Protection of Children from Sexual Offences Act, 2012. Also, section 9 (being a male adult above 18 years of age, contracts a child marriage), 10 (performs, conducts or directs or abets any child marriage), 11 (punishment for promoting or permitting solemnization of child marriages) and 12 (marriage of a minor child to be void in certain circumstances) of the Prohibition of Child Marriages Act, 2006. 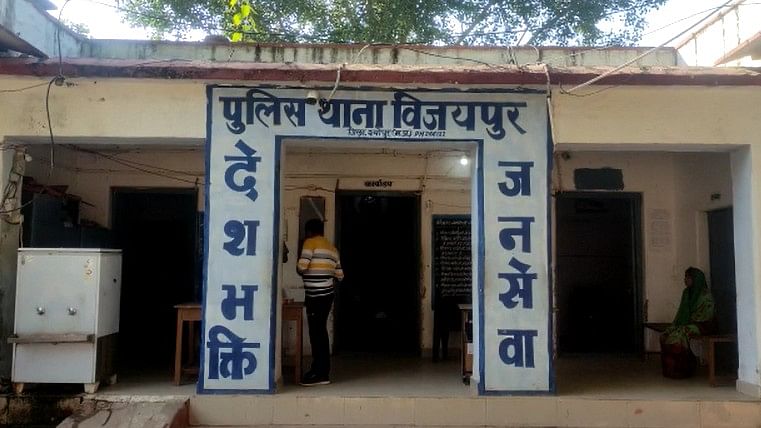