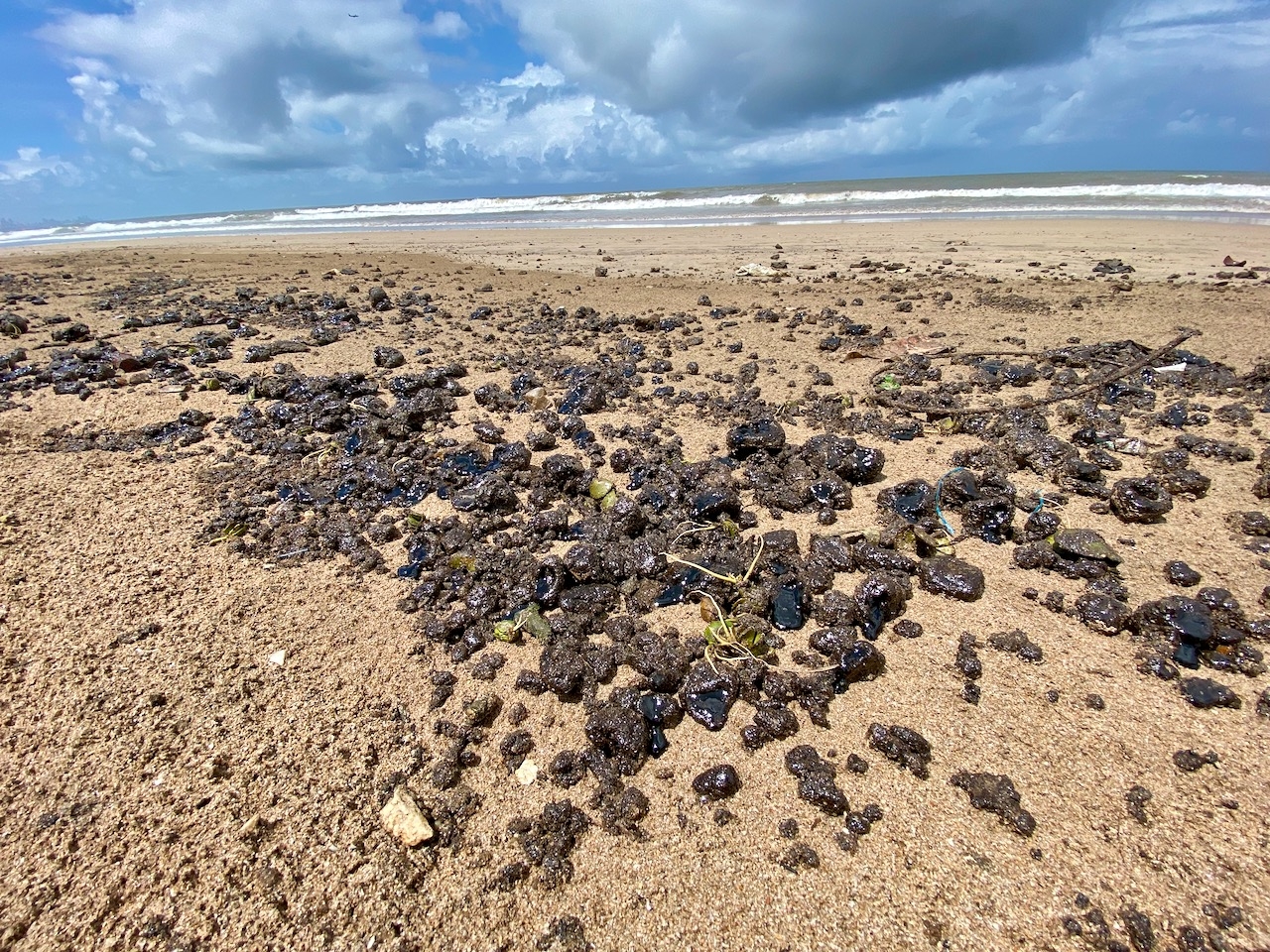 For the last one week, tar balls have again begun to resurface at Juhu Beach and parts of Versova Beach. Pictures of dead fish have gone viral on social media as well. On Thursday, a dead Indo-Pacific Finless Porpoise was found at the Juhu Beach. This species is protected under schedule 1 of the Wildlife Protection Act, 1972.

The Brihanmumbai Municipal Corporation (BMC) said it has been discharged from the vessels in the sea. However, environmentalists believe that there must be another source. "This is a common phenomenon that takes place during the monsoon season every year. The vessels anchored in deep waters dump the sludge. It gets deposited on the beach during high tide," said a senior official. "Many teams have been deployed to clean up the spill," the official said.

Shaunak Modi, director of Coastal Conservation Foundation (CCF), who has been recording the effects of oil spill on beaches since 2018, said this phenomenon has intensified in the last one year. Modi, who resides close to Juhu Beach, said that the tar balls covered the entire six km stretch on most days this week. "This is not just happening in Juhu or Versova. During my research, I found that many beaches in Gujarat and Karnataka are also facing the same problem. The source of the spill could be linked to the Mumbai High Field," Modi said.

Though there is no concrete evidence to support his claims, he feels that such large-scale spills cannot be discharged from vessels. There must be another source.

"Last year, during the lockdown, the movement of vessels was almost nil. However, the tar balls kept appearing on the beach," he said.

Stalin Dayanand, environmentalist and director of NGO Vanashakti, who had lodged a complaint on this issue with the Maharashtra Pollution Control Board (MPCB) in 2019, said that there are multiple grey areas in the law that prevent authorities from taking action. "The MPCB doesn't have the machinery to detect and clean the spill. The coast guard is not responsible for catching anyone who soils the sea water. The administration needs to consider this as an environmental hazard and take a holistic approach to solve this issue," Stalin said.

A senior official of Maharashtra Pollution Control Board (MPCB) said that an investigation will be carried out and samples from the shores will be tested to identify their source.