Mumbai: State to set up council to reduce impact of climate change 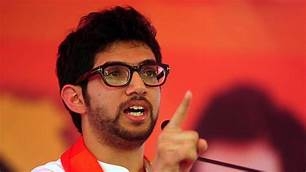 If the world warms by 2-2.5 degree Celsius then the state will witness severe coastal tropical submergence, extreme droughts and extensive forest fires. These findings by the Intergovernmental Panel on Climate Change (IPCC) were discussed at the state cabinet meeting, chaired by Chief Minister Uddhav Thackeray on Wednesday.

In order to reduce the impact of global warming and climate change and suggest steps to meet future challenges, the state government will set up a council.

“The state will work at the 5Rs -- reduce, refuse, reuse, recycle and recover-- declared by the United Nations,” the Chief Minister’s Office said.

The cabinet discussed the need to have a time-bound action plan and all ministers whose departments are related to climate change must be involved in formulating the plan, it stated.

In a report released last month, the IPCC said extreme sea level events that previously occurred once in 100 years can take place every year by the end of this century as scientists have warned of rise in sea level, floods, heavy rainfall and glacier melting.

Environment minister Aaditya Thackeray said the state pollution control board has taken to social media to apprise citizens about the impact of climate change. “The state cabinet discusses issues related to this every month,” he said.

“An action plan will be chalked out, in collaboration with environmentalist, scientists and experts from around the world. This is the right time to take concrete steps. I hope other states will follow suit,” said Aaditya.

“The threat is not just because of rising sea levels, but also due to increasing frequency of unseasonal rains and landslides. Through social media, where the state pollution control board is active, citizens can post their complaints related to the environment,” he said.