A BMC health worker does screening of a passenger for COVID-19 test at a railway station in Mumbai, | -
Read Also
Casirivimab-Imdevimab antibody cocktail is new weapon against Covid-19: Medanta Chairman Dr Naresh... 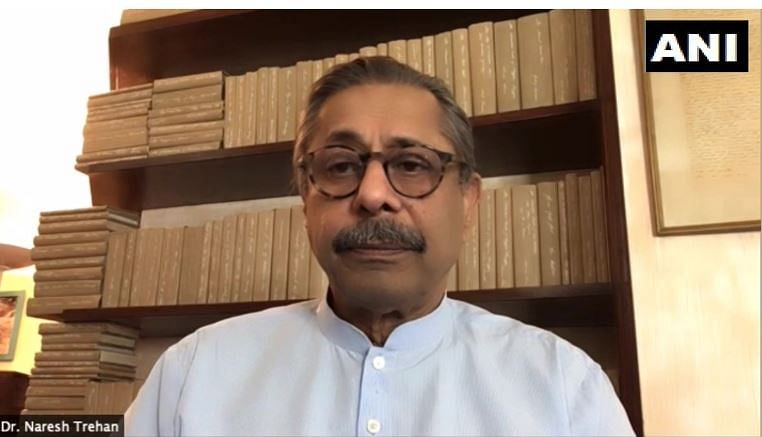 Maharashtra continues to witness less than 30,000 COVID-19 cases for the seventh consecutive day. On Wednesday, the state recorded 24,752 new cases and 453 deaths. The count now stands at 56,50,907 with 91,341 fatalities. Meanwhile, the recovery rate has touched 92.76 per cent. 52,41,833 patients have recovered and were discharged since the virus outbreak.

“Of the 453 deaths reported today, 323 have occurred in the last 48 hours and 130 have taken place in the last week. As the deaths that occurred a week ago in various districts have been updated on the COVID-19 portal today, these deaths have been added to the state death tally. Therefore, there is an increase of 539 deaths in the state's progressive death tally,” said a senior health official.

BrihanMumbai Municipal Corporation (BMC) Additional Municipal Commissioner Suresh Kakani said that the civic body plans to wait and watch for now. “While Mumbai’s positivity rate has been reducing, we have to keep a watch on the positivity rate of the Mumbai Metropolitan Region (MMR) before deciding about easing the restrictions after June 1,” said Kakani.

The civic body may not even close the COVID-19 centres till the disease trend is clear in the monsoon, he added. The World Health Organisation has advised governments that, before reopening, rates of positivity in testing should remain at 5 per cent or lower for at least 14 days.

Dr Pradeep Awate, who heads the epidemiology cell of the state Public Health Department, said the positivity rate has been declining ‘quickly’ in Maharashtra. “We prefer to check the positivity rate over a week, as the daily rate could be affected by low testing numbers over the weekend. Having said this, the positivity rate in the state is dropping fast. From 25.2 per cent a month ago, we are down to 14 per cent this week,” he said. He expects the steep decline to continue. “We are likely to drop to 8 per cent in a week’s time and to the magical number of 5 per cent by the end of the month,” he added.