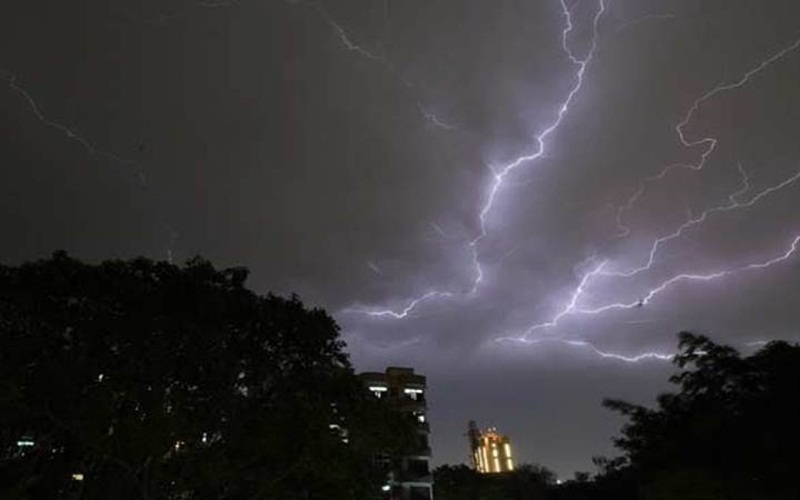 The southwest monsoon has finally withdrawn from over Mumbai and its adjoining areas starting Thursday, a four-day delay against its normal date of withdrawal of October 10. The monsoon withdrawal has been completed across the state, said an official from the India Meteorological Department (IMD).

According to the meteorologists at IMD, the withdrawal line, as of Thursday afternoon, persisted over Vengurla in the southernmost part of the Konkan coast and was expected to withdraw entirely by the day.

The monsoon withdrawal in the state began from the easternmost tip of the Vidarbha region between October 9 and 11, subsequently progressed over parts of Marathwada and then the centre of Maharashtra.

"Monsoon had made a strong onset in Mumbai on June 9, with three occasions when three-digit rainfall in 24 hours was recorded. This year's retreat is with a marginal delay of 4 days from the normal mark of October 10. With the departure, it will be giving way to a marginal rise in day temperature with a partly cloudy sky," said Rajesh Kapadia from Vagaries of Weather, a popular private weather blog.

Skymet Weather, a private weather agency on its website stated: "Monsoon retreats from the financial capital from October 14 against the normal date of October 10. A standard deviation of about one week is considered reasonable for an otherwise four months-long season."

IMD has forecast that the day temperature is likely to touch 35 degrees Celsius by the end of the week. Meanwhile, on Friday, the maximum temperature recorded was 34.8 and 33.2 degrees Celsius at Santacruz and Colaba observatories respectively. While the relative humidity (RH) has been 80 % and 83 % at Santacruz and Colaba observatories respectively.