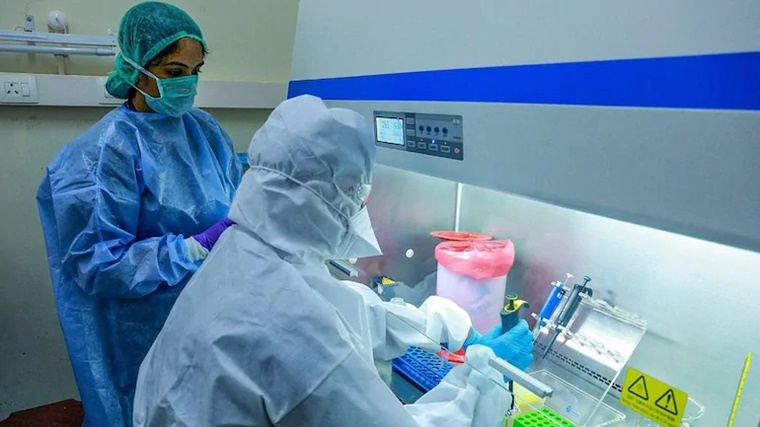 Mumbai: Following complaints of testing laboratories taking more than a day to share Covid reports with patients, the Brihanmumbai Municipal Corporation has now decided to issue show-cause notices to private laboratories if there is a delay on their part in submitting RT-PCR reports within 24 hours.

Civic officials said there were several complaints about delayed reports, which has prompted them to take this decision and that they were closely monitoring every private lab report. On their part, laboratory authorities have said they are aware of the current situation and have instructed all their staff to work 24/7 and submit results within the estimated time.

Additional Municipal Commissioner Suresh Kakani said laboratories violating guidelines shall be liable to face strict action, including cancellation of licence. Further, he said, all Covid testing laboratories should give priority to symptomatic patients over asymptomatic ones. “It is observed that in the last 15 days, there is a surge in Covid cases and laboratories are not following the guidelines of maintaining 24- hour turn-around time (TAT). Hence, we have asked them to submit reports within the specifiedtime period or we will issue show-cause notices to them,” he warned.

On January 1, the civic body had issued an order reiterating that the laboratories conducting RT-PCR tests in Mumbai should ensure their turn-around time (TAT) did not exceed 24 hours and positive cases were reported on real-time basis on the Indian Council of Medical Research (ICMR) portal.

“A new and slightly changed version of the Omicron coronavirus variant has already spread to some countries, including India, raising fears that it could drive the next wave of infection across the nation. As a vast majority of breakthrough cases are mild or asymptomatic, people with breakthrough infections may not even know to get tested and can transmit the virus unknowingly. Hence, early diagnosis is the key,” stated the BMC circular.

Chandrashekhar Mani, Vice President (Technology), Thyrocare, said they were aware of the current scenario, due to which the demand for RT-PCR tests had also increased, leading to tremendous work pressure. They were receiving more than 7, 000 samples daily and were delivering results within 24 hours.

“We have been advised to be prepared. We can do up to 50,000 tests in 24 hours. With cases increasing, we have ordered additional kits. We will also be hiring more technicians for home collection as the demand has increased. Moreover if hospitalisation increases, then D Dimer and CRP tests will increase,” he said.

Another official from a private lab said the current condition was similar to the one at the peak of every wave and they prepared themselves accordingly. When the pandemic started, it was difficult but by the second wave they had acquired the capacity to conduct more tests.

“We have been receiving many calls for RT-PCR tests, but we are also looking for 24-hour turnaround time. Moreover, the civic body does not allow us to convey the result until results are uploaded on their platform,” he said.