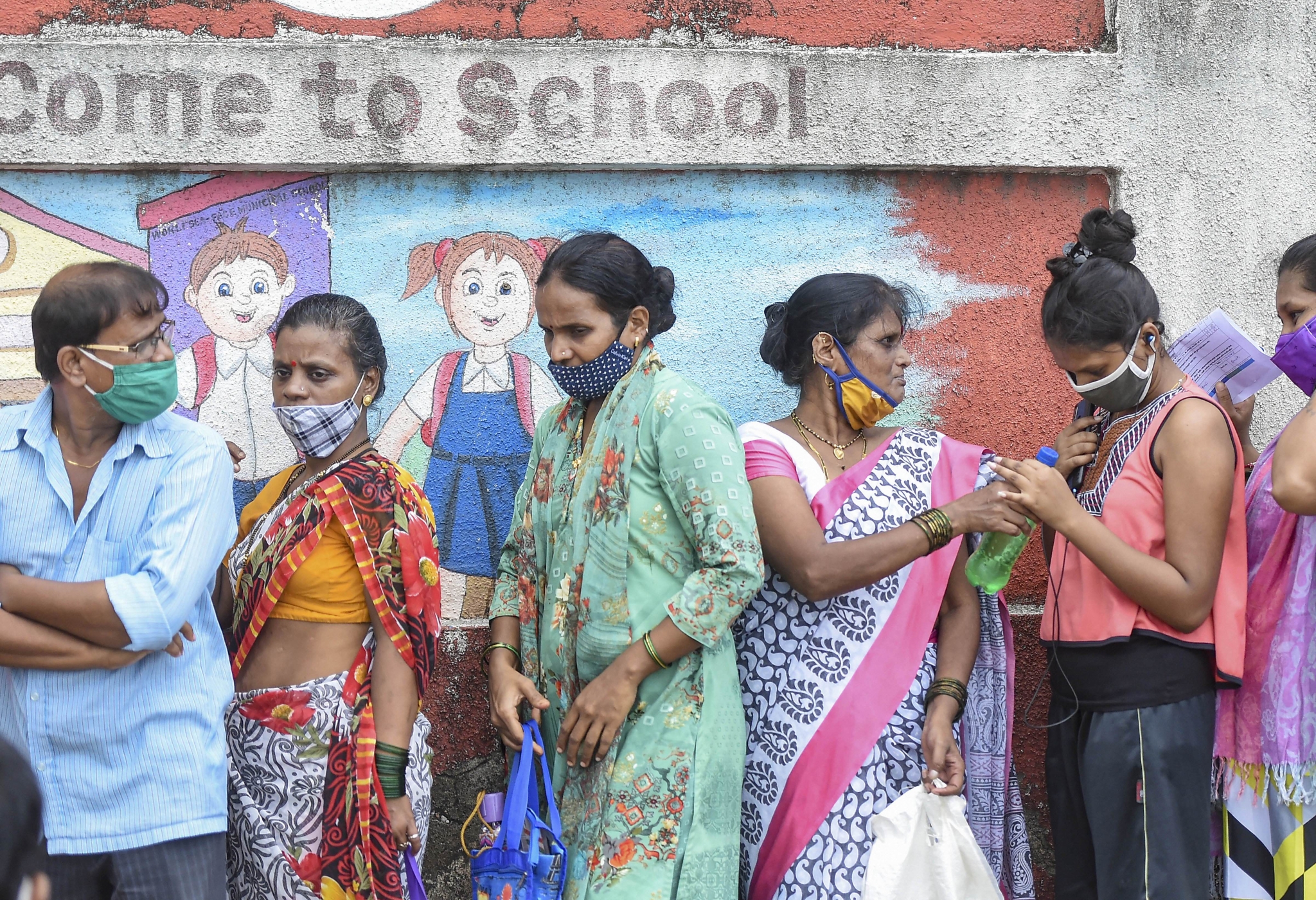 Mumbai: Beneficiaries wait in a queue to receive Covid-19 vaccine dose, at a vaccination centre in Mumbai | (PTI Photo)

Mumbai witnessed less than 500 covid-19 cases on Thursday, with 458 new cases and six COVID fatalities being reported in the last 24 hours, increasing the total count to 7,48,066, with 16,010 deaths till now. Meanwhile the doubling rate has dropped to 1,206 days, while the weekly growth rate has increased to 0.06 per cent.

Between these periods, the city’s extensive local train network has reopened as have some schools – making the uptick now being recorded possibly not unexpected. Officials have denied any new curbs will be brought back immediately, but said they are closely watching the situation and have directed local authorities to stop people from crowding, particularly during the Ganesh Chaturthi festival.

Senior officials from the state health department believe the surge in cases could be a result of unlocking. “Cases in the Mumbai Metropolitan Region have risen. It is too early to call it a trend,” said state surveillance officer Dr Pradeep Awate.

“It takes about two incubation cycles or 28 days to see the impact of any restriction being eased or imposed. By mid-September, we will know if the unlocking of trains has had any significant impact on viral activity,” added Dr Awate.