FPJ visited some of the malls in Mumbai and found mostly senior citizens, and a few teens, roaming inside
Pratip Acharya | Sweety Adimulam 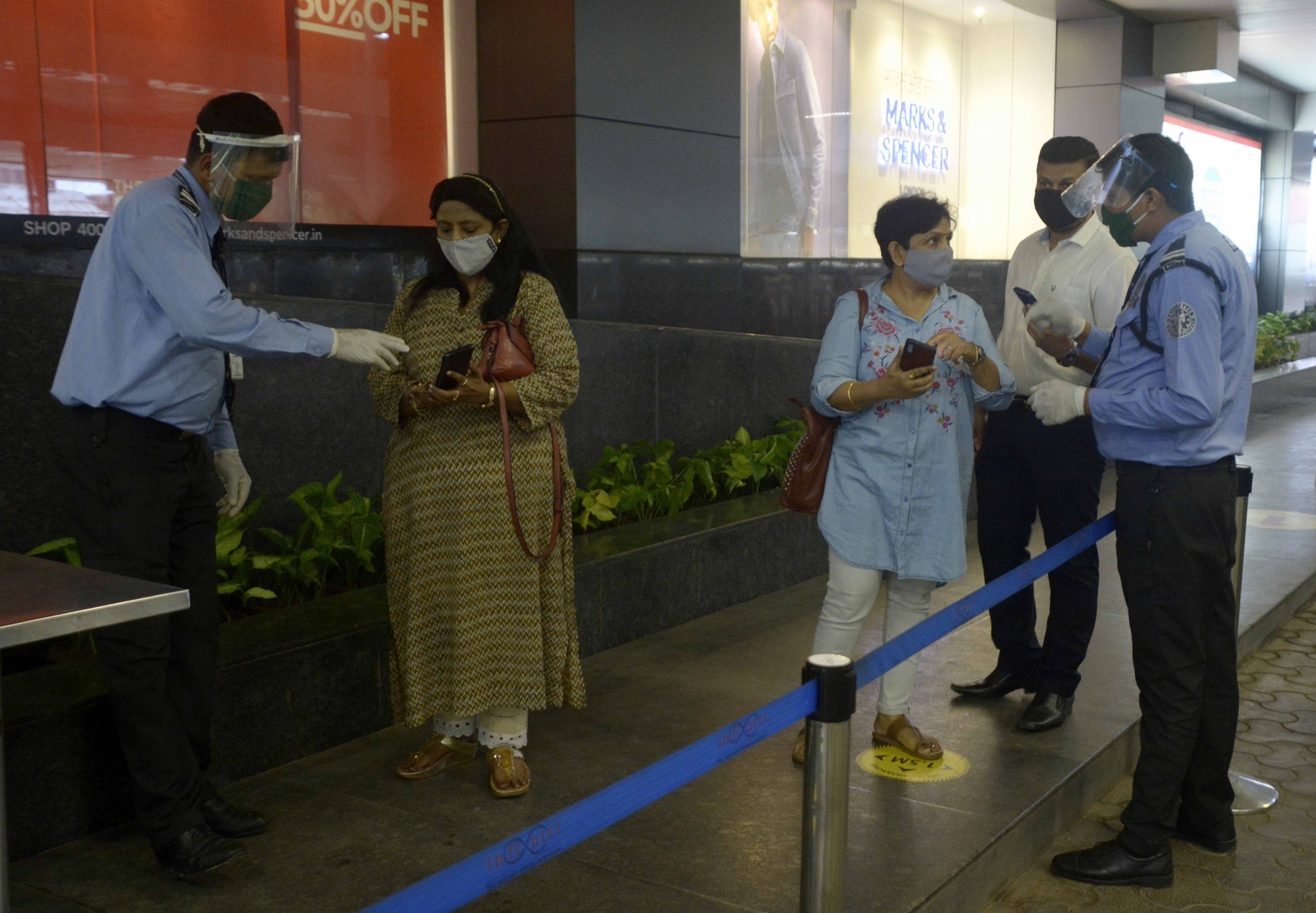 Malls across Mumbai, and the entire Mumbai Metropolitan Region (MMR), would have heaved a sigh of relief at the latest guidelines issued by the state government wherein those below 18 years of age will be allowed in after showing the age proof. But it was a bitter-sweet pill, as the government also ruled that those fully jabbed who are eligible for entry now must have a 14-day gap from the last shot to access the malls.

This newspaper spent the entire day at several city malls, and found few takers for what was once the driving force of Mumbai’s economy and employment sectors.

With the government insisting that only the fully jabbed will be allowed inside, malls were on Monday largely frequented by senior citizens and a few youngsters who have taken both shots of the Covid-19 vaccine.

A majority of the malls in the city admitted they had to refuse entry to scores of people who were partially/not vaccinated. Sachin Dhanawade, chief operating officer, retail and real estate, Grauer & Weil (India) Limited, which operates Growel’s 1O1 Mall in Kandivali, said that the establishment had to refuse entry to many patrons who were not fully jabbed. “We are hopeful that the state government will soon relax the notification further to allow entry to citizens with single dose of the vaccination,” he said.

The Free Press Journal found that protocols at every mall it visited was stringent, with the management setting up help desk outside the gates where patrons needed to show final vaccination certificate along with relevant documents which were verified before they were allowed in.

Of the total number of patrons at Infiniti mall in Malad West, the majority were teenagers and senior citizens. The management said that more than 85% of the retail shops were functional and the remaining will be open by the middle of the week.

“As per the latest figures, only fewer than 20% Mumbaikars have taken both their doses. Most senior citizens are fully vaccinated so obviously maximum number of visitors to malls will fall under this category,” said a senior official of a city-based mall, who is also a member of the Shopping Centre Association of India. The association has also appealed to the state government to allow the partially vaccinated access to malls.

An official at Malad’s Inorbit mall said that cashless transaction was being encouraged at all retail stores. The staffers and retailers in RCity Mall in Ghatkopar are fully vaccinated thanks to the management, but shopkeepers said that business will improve only when a “broader category” of patrons are allowed in.

The fully-jabbed citizens, meanwhile, were enjoying the experience of less crowded malls. Nikita Sathaye, a student of Witty International School who was at Inorbit to meet her friends, said that this was the first time she was meeting them after lockdown was imposed in 2020. “Our schools are closed and we haven't met in more than a year. We chose to meet at the mall because it’s safer than other places as the crowds will be less,” she said.

Bharat Shah, 62, a resident of Evershine Nagar in Malad who was at Infiniti Mall on Monday, said that more people should be allowed inside malls, else business will not improve. "The retail sector play an important part in the economy and it is time to help them,” he said. SK Dani, 59, who visited Inorbit with his wife Minati, said it was nice to see people maintaining the distancing norms. “I hope the government takes a note and allows more relaxations,” he said.

Arun Jain, 61, who was visiting Infinity Mall in Malad on Monday, said that everyone needed to accept that the Covid-19 was “going to stay” and that “getting vaccinated was the only key to defeat the pandemic”. “With time the footfall in the malls will automatically increase as more people will take vaccines and start visiting the malls,” he said.

Rohit Bhalerao, who was visiting Growel’s 101, felt that malls were 100% safe. “I feel malls are safer than local markets as crowd is being controlled and visitors are vaccinated,” said Bhalerao. Melina Godinho, who was also visiting 101, said, “Rules are being followed inside the malls and it is glad to see that people have become more conscious.”

With inputs from Dhea Eapen