HomeMumbaiMumbai: Reay Road bridge and Tilak bridge to be razed down

Mumbai: Reay Road bridge and Tilak bridge to be razed down

The Reay Road Bridge, built in 1910, and the Tilak Bridge in Dadar, which came up in 1923, will be razed to create cable-stayed bridges

They have seen it all. From Gandhi’s Quit India call at the Gowalia Tank (August Kranti Maidan) in 1942 to the heady Independence night in 1947, and on to Mahendra Singh Dhoni’s team winning the World Cup at the Wankhede in 2011, they have been the silent witnesses of Mumbai’s glory. And soon, they’ll be no more.

These silent bearers of Mumbai’s history are the two Raj-era road overbridges (ROBs) – the Reay Road Bridge which connects Byculla to Mazgaon and which came up in 1910, and the Tilak Bridge in Dadar, which connects the Khodadad Circle in Dadar East to Dadar West, built in 1923 – will be razed to create public infrastructure that will cater to today’s Mumbai.

The railways, which maintain the two bridges, will create cable-stayed bridges on these spots, and the permission for the same was cleared last week when the minister of state for railways, Raosaheb Danve, was in the city.

At the Tilak Bridge, which was known as the Kingsway Bridge during the Raj, it was noticed in February last year that the tiles had developed cracks, which had caused panic among the locals. As per the plans drawn up by the Maharashtra Rail Infrastructure Development Corporation (MRIDC), work on both ROBs in October. “Reconstruction of Tilak Bridge will be handled by the MRIDC with the BMC providing financial assistance,” a MRIDC official said.

The new structure will be a cable-stayed bridge with three lanes. During construction, the entire bridge will not be closed, as authorities plan to construct one arm of the bridge before demolishing the ancient one. The length of the new ROB at Dadar will be 600 mt and will be built at the cost of Rs 375 crore, the official said.

Likewise, the Reay Road ROB will be rebuilt at a cost of Rs 175 crore. The new proposed cable-stayed bridge will have 3x3 lanes, and will provide a connecting link from Byculla to Mazgaon over the Harbour Line. “A Memorandum of Understanding was signed between MahaRail and BMC last July as part of reconstructing 11 old ROBs,” the official said.

The railway sources said that the length of the new bridge will be 385 mt. “The new cable-stayed bridge will have a longer span and was needed to minimise the number of foundations as well as shifting of the underground utilities.

MahaRail has designed architectural LED lighting on the proposed bridge that will not only enhance the aesthetic appeal, but also have an added advantage of improving safety parameters,” a MahaRail official said. 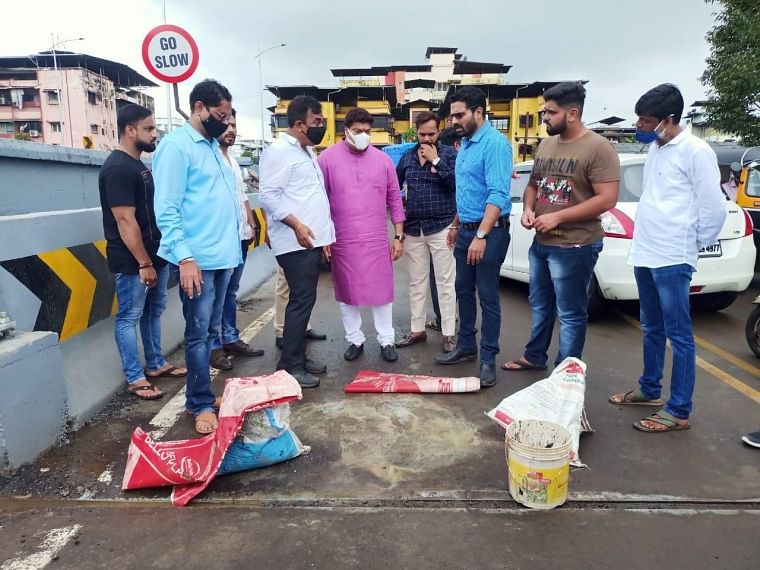