An orange alert for Mumbai and Thane is in place till Thursday while a red alert has been issued for Palghar and Raigad for the same period, indicating extremely heavy rainfall

An orange alert for Mumbai and Thane is in place till Thursday while a red alert has been issued for Palghar and Raigad for the same period, indicating extremely heavy rainfall.

Several parts of Mumbai have been affected by waterlogging, including the Andheri subway and Bhoiwada, leading to traffic snarls in the city. Hindamata junction in the city's Southbound has reported 0.5 feet of water being logged.

According to a report in the Times of India, the IMD also issued a "red alert" for Palghar and Raigad on July 11, in wake of extremely heavy rainfall.

Earlier Sumit Thakur, Chief Public Relations Officer of the Western Railway, said that WR had ensured that all works are completed in time to ensure smooth and disruption-free services during the monsoons.

After the IMD forecast intense to the very intense spell of rain in Mumbai Wednesday, the traffic police appealed to motorists to travel cautiously even as waterlogging and traffic snarls were reported in several areas of the city.

“As per the IMD forecast, intense to very intense spells of rain are likely to occur at isolated places in Mumbai in the next 3-4 hours. We request Mumbaikar to travel cautiously and #Dial100 or tweet to us for any further help or guidance,” tweeted the Mumbai traffic police.

Heavy traffic jam due to landslide on Mumbai to Gujarat lane of Mumbai-Ahmedabad national highway near Khaniwade toll Naka in Palghar.

10 BEST buses broke down across Mumbai. Eight were attended to, repaired and are back on road: Officials

A man was killed and two of his family members were injured on Wednesday after a landslide in Vasai town of Maharashtra's Palghar district following heavy rains, officials said.

The search was on for another family member and efforts were on to find out if more persons were trapped in the debris, they said.

A local fireman and a team of the National Disaster Response Force (NDRF) rushed to the spot and launched a rescue operation. 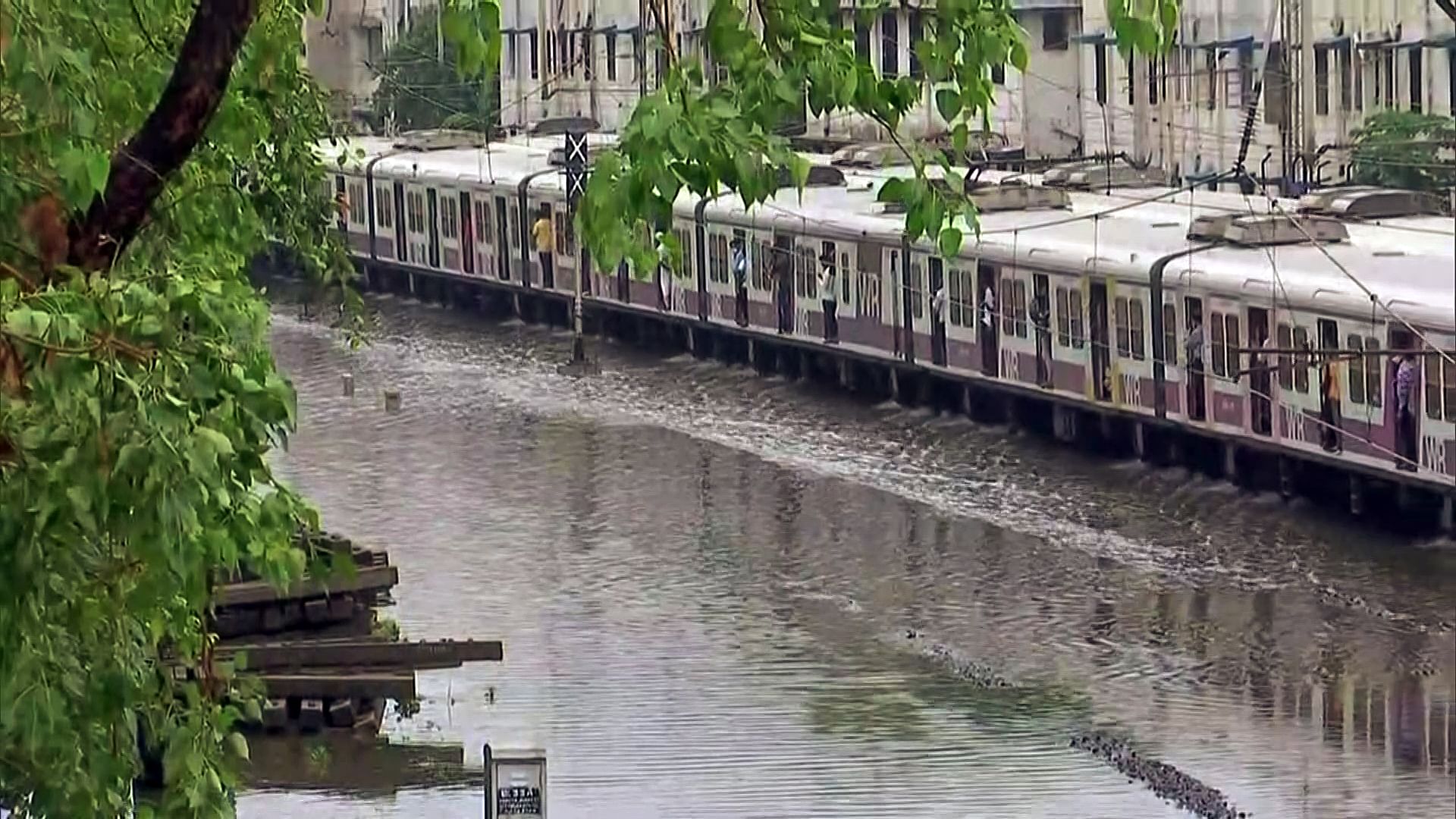