The city's air quality had worsened than that of he national capital, Delhi last week.

After a fortnight, the air quality of Mumbai has improved with the AQI going back to 'moderate' category with AQI at 142. The city's air quality had worsened than that of he national capital, Delhi last week.

Meanwhile, the pollutant PM 2.5 and PM 10 concentrations were at 70 and 132 respectively.

As many as 22 days with an air quality index (AQI) of poor or very poor was reported in the city over the course of the past 40 days, from November 1 to December 10. There were 18 days in 2021 when PM2.5 (particulate matter below 2.5 mg) levels were under the acceptable range, while this year there was just one.

Read Also
G20 Summit in Mumbai: Traffic to be slow on THESE roads in city; read details here 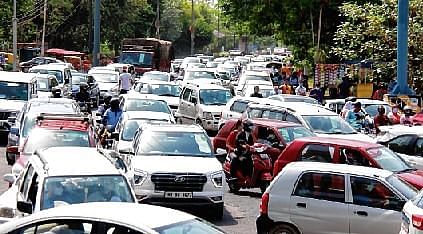 The India Meterological Department has forecasted that the city and suburbs will see partly cloudy sky and that the maximum & minimum temperatures likely to be around 36°C & 24°C.

The temperature of the city currently is 25.6°C and the humidity percentage was recorded at 79% and the precipitation rate is at 0%.

The air quality in Pune is 'satisfactory' with an AQI of 75. Meanwhile, Chennai is seeing AQI of 158. Hyderabad's AQI was recorded to be 157 while Kolkata stood at 198. India's Silicon Valley, Bengaluru recorded an AQI of 93 and Ahmedabad saw AQI 145. Delhi's AQI was 'moderate' with the figure standing at 129 today.