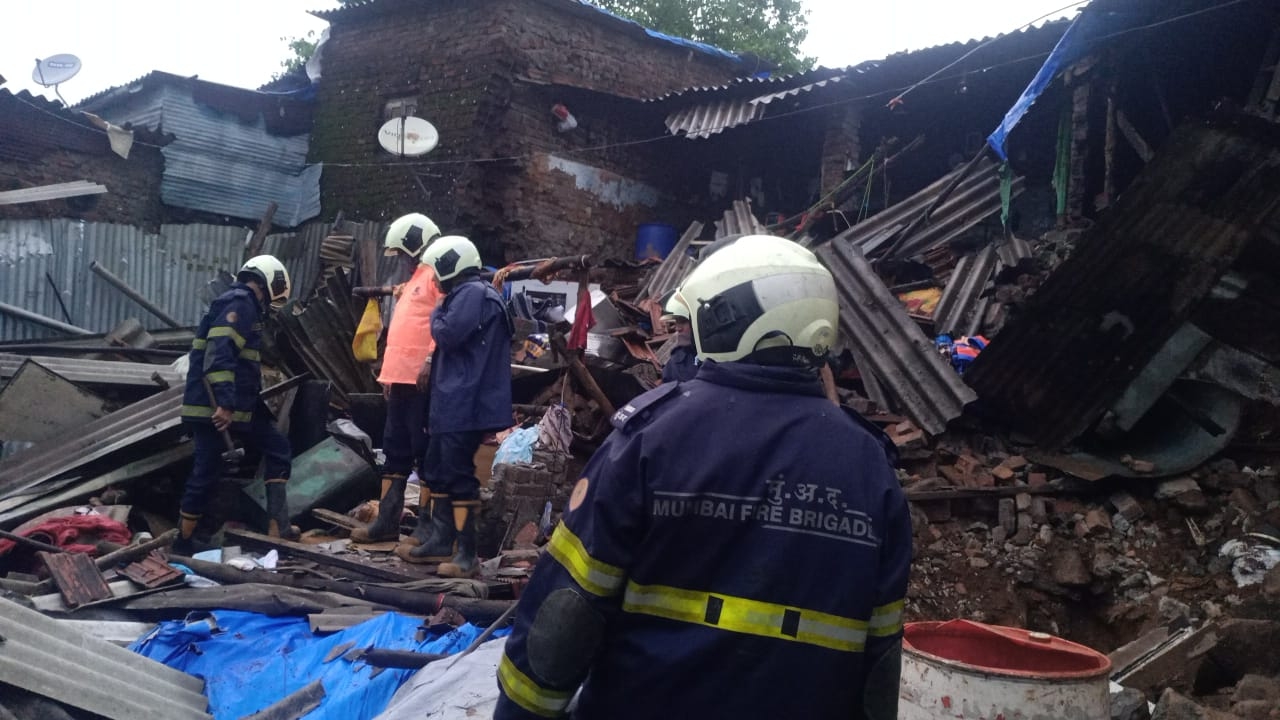 One person died on Thursday after a ground plus two structure came down crashing at Lokhandi Chawal in Shivaji Nagar - Dahisar (east). The deceased have been identified as Pradyumna Saroj (Male - 26) who was declared dead by doctors of BDBA hospital.

The incident took place around 6:36 pm on Thursday and was reported to the Brihanmumbai Municipal Corporation (BMC) control room around 7:45 pm, following which the fire brigade officials were deployed.
According to civic officials, the topmost floor of the house crashed and fell down, severely damaging the floors beneath the structure. The officials said, the ground floor was like a temporary makeshift shelter while the higher floors were well constructed. Sandhya Nandedkar - assistant municipal commissioner and in-charge of R North (RN) ward under which the place of incident fall, said that apart from the one person who died, two more person were seriously injured who had been admitted to a nearby hospital.
The civic officials also said, that the actual cause of the collapse needs to be investigated however there is a chance that the disaster could have happened due to the ongoing rains.

"Some of the residents who were living in the building has shifted to their friend's and relatives place and the BMC has made temporary arrangements for rehabilitation in a nearby hall," Nandedkar told FPJ.
She said the building that came down was not a well constructed house but was more like a makeshift shelter constructed with bricks. Prakash Surve - local Shiv Sena MLA said that those living in those houses are mainly daily wage workers.
"The land on which these properties are being erected belong to the Sanjay Gandhi National Park (SGNP) and forest department. Most of the residents are either daily wage workers and labourer," said Surve.
Manisha Chaudhuri - Bharatiya Janata Party (BJP) MLA from Dahisar blamed the BMC administration for not taking action against illegal encroachments.
"All the open lands in Dahisar and Magathane has become hotbeds of illegal encroachments, the building proposal department of the BMC should be held responsible for allowing such encroachments to grow," Chaudhuri told FPJ on Thursday.