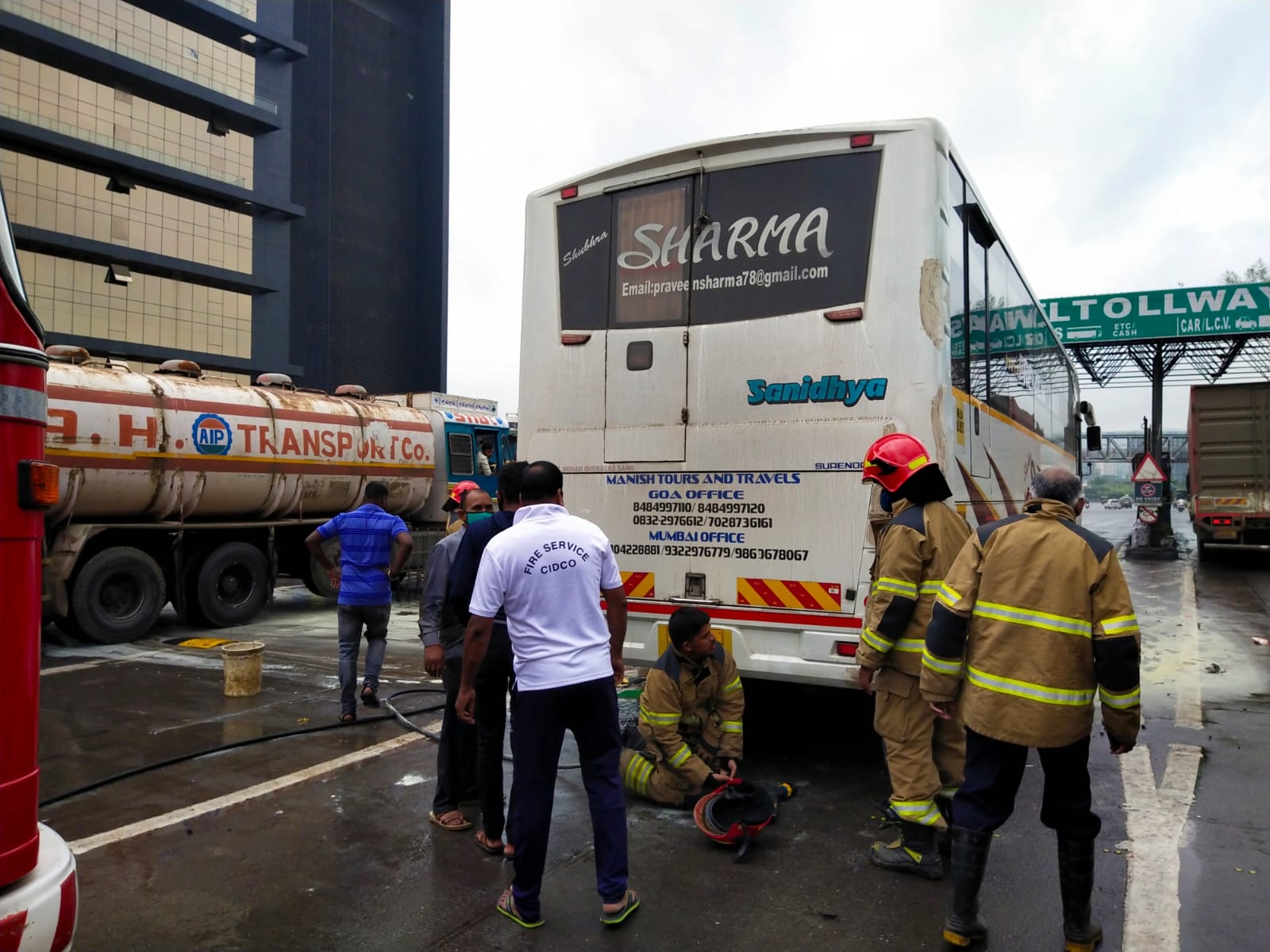 Twenty passengers had a narrow escape after a luxury bus caught fire on Sion-Panvel highway near Kharghar toll plaza in Navi Mumbai on Friday morning. The bus was coming from Goa and it stopped at the toll plaza when one of the rear tyres caught fire.

The police said the incident took place around 10 am. The staff of toll plaza alerted the driver and passengers, following which everyone alighted, hence preventing a major incident.

Prakash Wagh, a fireman from Kalamboli fire station said, “We received a call from the toll plaza authorities at around 10.15 am and dispatched a fire tender to the spot. Our officials doused the blaze before it engulfed the entire vehicle. The exact reason is yet to be ascertained. Prima facie, the fire broke out due to the tyre’s friction with the road.”

Wagh added that a few passengers had already alighted at Panvel before the bus reached Kharghar. While a few took other vehicles for their destination, around 20 were waiting along the highway for other vehicles, he added.