HomeMumbaiMumbai: Mumbaikars raise money to vaccinate the underprivileged for COVID-19

Mumbai: Mumbaikars raise money to vaccinate the underprivileged for COVID-19 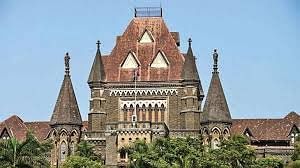 In an attempt to procure and vaccinate those living in slum pockets for COVID-19, Mumbaikars, elected public representatives and non-governmental organisations have initiated donation drives. According to the BrihanMumbai Municipal Corporation (BMC) data, so far, 44.17 lakh beneficiaries in Mumbai have received their dose. However, most of the recipients are from high-rises.

"The fact that one needs to book a slot online has left many of those living in slums deprived of vaccine doses. Many do not have a smartphone, so it is difficult for them to book a slot online on the Co-WIN platform," said health expert Dr Nishant Kumar. The price of the doses range between Rs 700 to Rs 1,400. “Many are unable to afford it," he added.

Over the past month, private vaccination drives for housing societies and corporate offices have become popular. Now that high-rises are being covered, public representatives have begun raising money for those residing in slums. Mihir Kotecha, Mulund member of the legislative assembly (MLA), had initiated one such donation campaign last week. By Thursday, he was able to raise Rs 17 lakh. "The donations came from the common people who live in Mulund and neighbouring areas. We have been able to raise funds for 2,500 beneficiaries till now and have set up a target of vaccinating 10,000 beneficiaries," Kotecha told the Free Press Journal.

Meanwhile, Harshita Narwekar, a Bharatiya Janata Party (BJP) corporator from Cuffe Parade, also said that she arranged a vaccination drive for the underprivileged and slum dwellers on Saturday. The money for the same was raised through donations.

Mukul Mehra, secretary of Nepean Sea Road Citizen's Forum, said, by the end of this week, nearly 1,000 underprivileged people will get their doses. "We had organised a campaign for them last week, where 450 people took the dose. We will be starting another drive next weekend, where we hope to vaccinate 1,000 beneficiaries. All the vaccines have been acquired from the money raised through donations," said Mehra.