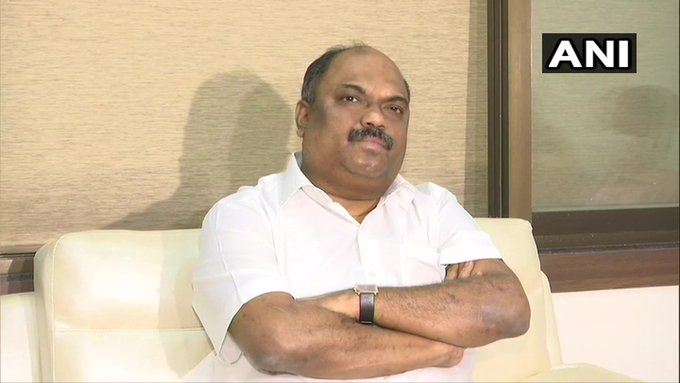 Mumbai: Maharashtra State Transport Minister Anil Parab who was summoned by the Enforcement Directorate (ED) to appear before them on Tuesday in connection with the agency's ongoing probe against former Maharashtra Home Minister Anil Deshmukh, did not turn up at the ED office. Parab in a communication to the agency has stated that he is required to attend to certain public functions in my capacity as a public servant being a minister and has requested the ED to reschedule the date of his appearance before the agency on any date after two weeks.

Parab's response to the ED stated, "It may please be appreciated that due to preoccupations scheduled quite earlier, I am required to attend to certain public functions in my capacity as a public servant being a minister in the State of Maharashtra on the appointed date i.e. 31 August, 2021 for my meeting with you. As such, due to already scheduled engagements in the public interest, may I request you to please reschedule the date of my appearance before you on any date after two weeks."

The minister also sought details of the case from the agency to enable him to effectively provide the requisite inputs. "Further, the summons received does not indicate the subject matter of investigation. May I, therefore, also request you to please enlighten me about the point of investigation which has necessitated the issuance of the captioned summons to me to enable me to effectively provide the requisite inputs, if I can, in furtherance of the present investigation. This is without prejudice to my rights and contentions in law," the response stated.

The ED, on Monday, searched three locations linked to minister Anil Parab, a day after it had summoned him in connection with the money laundering case against Anil Deshmukh. One of the premises searched was that of Deputy Regional Transport Officer Bajrang Kharmate.

"Bajrang Kharmate is Parab's Sachin Vaze. My complaint against Kharmate and Regional Transport Office (RTO) transfers was forwarded by Governor Bhagat Singh Koshyari to Lokayukta on May 25, 2021. Lokayukta has started its inquiry on the same," BJP leader Kirit Somaiya alleged in a tweet on Monday. As ED raids 9 locations related to Bhavana Gawali, here's all you need to know about Shiv Sena's...