The underground Metro 3 corridor between Colaba--Bandra--SEEPZ is just two tunnels away from nearing completion. Total 42 out of 40 tunnels are ready. While the tunnel boring machinery (TBM) assembling work for the remaining two tunnels has been initiated, said the Mumbai Metro Rail Corporation (MMRC), which is the project implementing authority.

The said tunnel will be 1,660 metres long and will take nearly two and half months time to complete this said work.

For the construction of underground Metro 3 comprising 33.5 kilometres long both up and down, large tunnel boring machines (TBMs) are being used. These TBMs machines are 100 metres long and to facilitate easy movement from place to another the dismantling of the machine is being done. In fact it requires 45 days for dismatling and equal amount of time for assembling of spare parts.

According to the MMRC, between Science Museum and Mahalaxmi two TBMs have finished the tunneling work. Now these same TBMs will be used for digging work between Mahalaxmi to Mumbai Central. The dismantling work of these TBMs have been started and by February 2022 the remaining two tunnel work will be initiated. While by mid next year whole tunneling work will be completed. As of now, 75 per cent of total civil work has been completed on Metro 3 corridor. While 90 per cent of eleven stations work has been done. Besides, 11-kilometres of track installation work has been already attained. 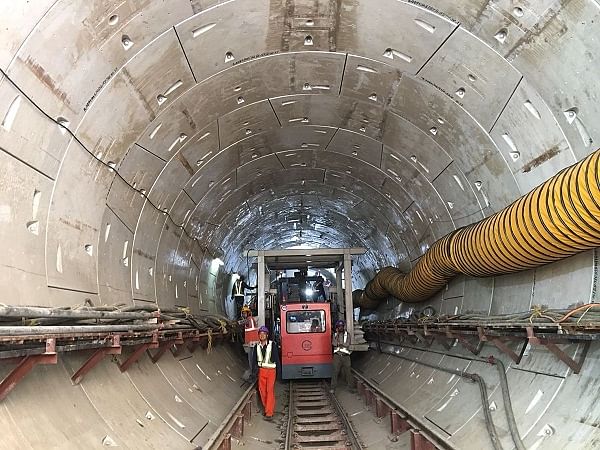