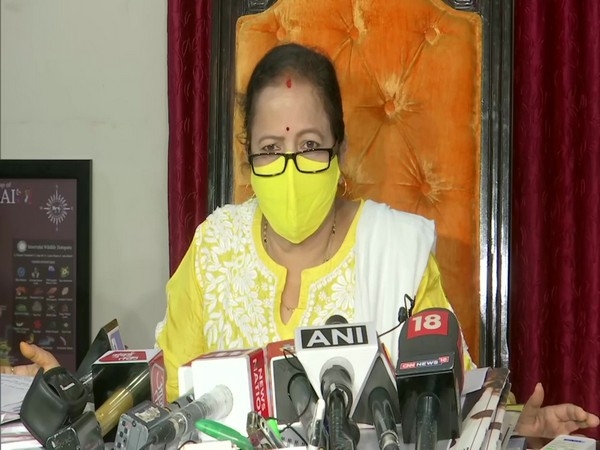 Mumbai Mayor Kishori Pednekar on Thursday asked the culprits behind the residential structure collapse in Mumbai's Malad to take responsibility for the incident and said if everyone was responsible, the mishap would not have happened.

Addressing media, the Mayor also slammed BJP for blaming Shiv Sena for the incident and said the Opposition party in Maharashtra thinks only they are clean.

"Today, 11 people have died including children. When a building is declared under the C category (which means it is beyond repair and needs to be demolished), the occupants must be moved out immediately. Culprits behind what happened in Malad should take responsibility for it. More than looking into whose administration was there, it should be seen that who was responsible for it. Had everyone been responsible, it wouldn't have happened," said Pednekar.

"Let BJP bark if they want to. They think that everything is the fault of Shiv Sena and they themselves are clean," she added when asked about BJP's allegation against the ruling party.

Meanwhile, Mumbai police said it will register a case under Section 304 of the Indian Penal Code (IPC) against the owner of the residential structure that collapsed in the New Collector compound in the Malad West on Wednesday night.

"Mumbai Police to register a case under Section 304 (2) of IPC (culpable homicide not amounting to murder) against the owner of structure that collapsed and the contractor. They had recently made some structural changes after cyclone Tauktae," Joint Commissioner Police (Law and Order) Vishwas Nangre Patil said.

At least 11 people, including eight minors, lost their lives after a residential structure collapsed on Wednesday night.