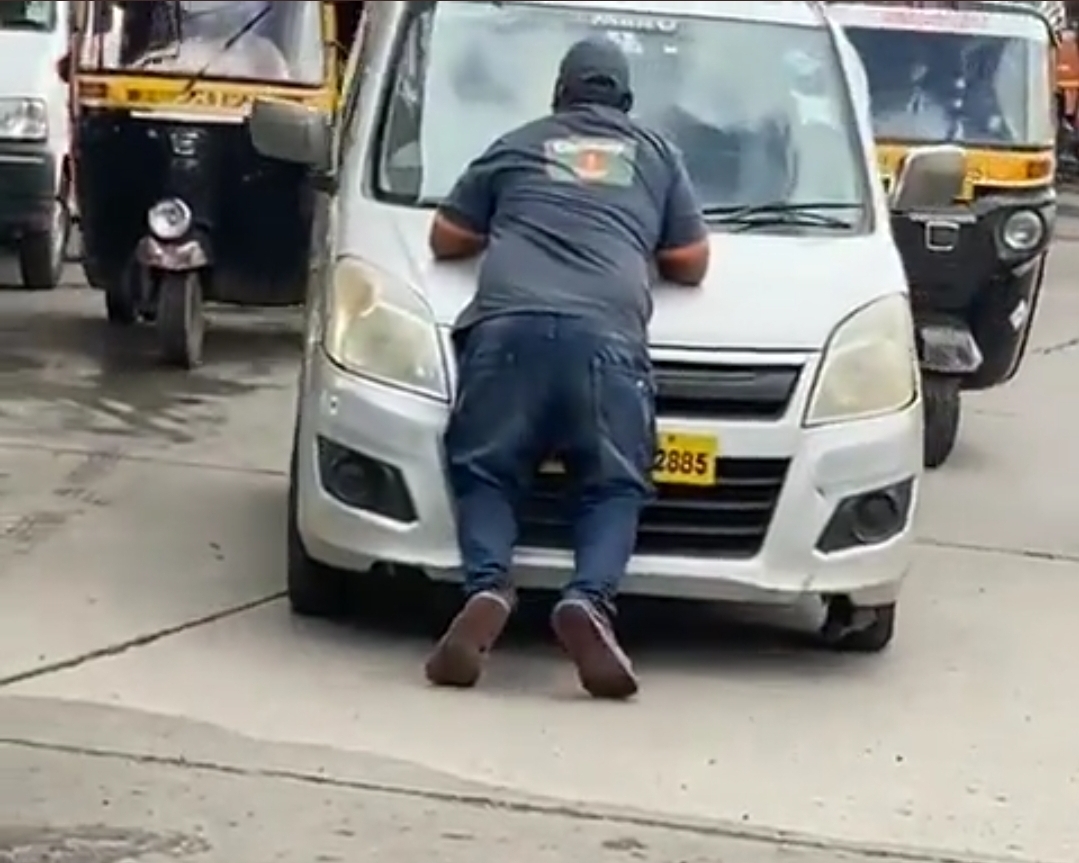 Mumbai: Vakola Police have booked the driver of a cab aggregator company for allegedly driving his vehicle with a BMC marshal clinging to its bonnet for dear life with challan book still in hand, trying to collect a Rs 200 fine for a mask violation, on Wednesday. The marshal had noticed that the passenger in his cab was not wearing a mask and asked the cabbie to pull over. Even as angry words were being exchanged, the driver started to take off and the marshal tried to block his way. But unfazed, the driver carried on, carrying the marshal on the bonnet of his car. A case was registered late on Thursday and the driver was questioned and released.

According to police sources, the incident occurred near Hans Bhugra Junction in Santacruz east on September 1, at around 5.30pm, when the complainant, a clean-up marshal with the BMC, was deployed on mask duty. He approached the driver of the cab, to collect a fine from the passenger in his vehicle for not wearing a mask. The driver however, continued to drive on rashly, with the complainant clinging to the car’s bonnet.

A video of the incident went viral on social media, and after it was brought to the attention of police, a case was lodged at Vakola police station and the driver was booked under relevant sections of the Indian Penal Code for rash driving and engaging in an act endangering life or personal safety of others.

A senior officer said since the offence was bailable, the driver was traced and brought in for questioning, after which he was released with a warning. After a netizen tagged the authorities in a Twitter post, Mumbai Police replied that it had asked the traffic branch as well as local police to look into the matter.