Mumbai: Man sets himself ablaze inside police station in Tardeo 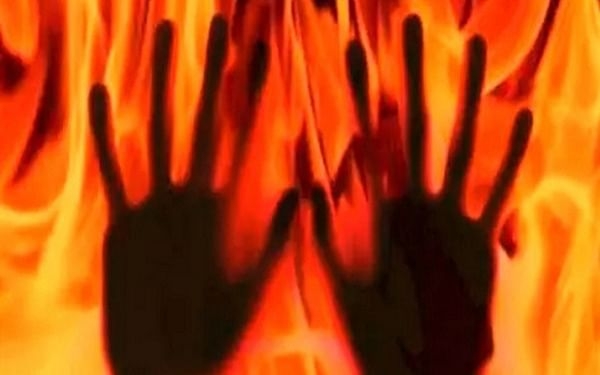 A 30-year-old man allegedly set himself ablaze on Thursday by pouring kerosene on himself in the premises of Tardeo police station in front of his wife and the police. While the man is now undergoing treatment for burn injures at the civic-run BYL Nair Hospital, doctors said that he is out of danger. He had gone there to convince his wife to return home after she left their house over a trivial domestic squabble.

According to the police, the man had approached the Tardeo police on Wednesday to lodge a missing complaint after his wife was nowhere to be found. A day later, when the police located her and brought the woman to the police station, her husband came there as well to make peace with her.

The police said that the couple often fought over trivial issues and after one such argument, the woman had left the house. Sources claimed that when the man asked his wife to reconcile and return home, she refused. In a desperate bid to win her back, the man poured kerosene over his body and set himself ablaze, said a senior officer.

The police immediately doused the fire and rushed the man to Nair Hospital. The man, who works as a delivery boy, had recently lost his job.