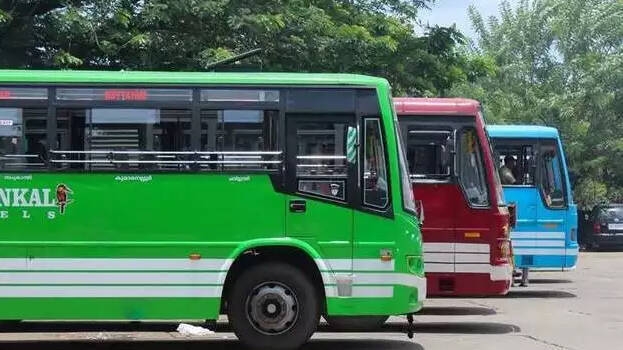 With many private offices asking their staff to report to work at least twice or thrice-a-week for the past couple of months, the private bus operators in the city saw a glimmer of economic revival hope.

Such hopes were dashed to the ground on August 15, when local trains were made available to the fully vaccinated citizens.

A member of the Mumbai Bus Malak Sangathana, an umbrella body of the bus owners in the city, said that around 800 private buses have gone off roads after trains were made available for the fully jabbed.

Of the total 37,000 private buses in the city, around 3,000 buses were ferrying employees of private offices at the beginning of this month. Now, this number has dipped to around 2,200.

The bus owners say that a majority of them have taken loans on their vehicles, and the average debt per bus owner is between Rs 30 and Rs 40 lakh.

“The school bus and min-van owners are already in so much trouble. Livelihood has been affected. Tourist movement is not happening and the buses are lying idle. We have sought help from the government to pull us out of this quandary and sought appointment from the Transport Minister,” said a member of the bus association. He said the bus owners were collectively paying taxes of around Rs 150 crore to Rs 200 a year.

“The buses fitted with GPS device and it is easy to monitor their movement. We should be taxed only for days that our buses have plied,” a bus owner said.