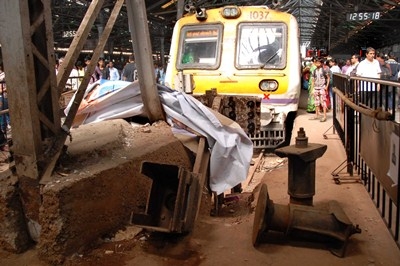 Mumbai: An empty local train rake rammed into buffer of a platform at Chhatrapati Shivaji Terminus here in wee hours today. However, nobody was injured as the platform number 5 where the incident occurred was empty that time. The incident also did not affect the schedule of suburban trains on Central Line.

The EMU rake hit the buffer at the dead-end of the platform when it was being placed there after mandatory checking, the Central Railway stated in a release here. The incident occurred in wee hours and the platform was available for traffic after 6:55 AM, it said.

As per the release, the Railway Minister has ordered an inquiry into the incident, it added. A similar incident had happened in June at Churchgate railway station on Western Railway, when an over-speeding train had crashed into the buffer, injuring five commuters.