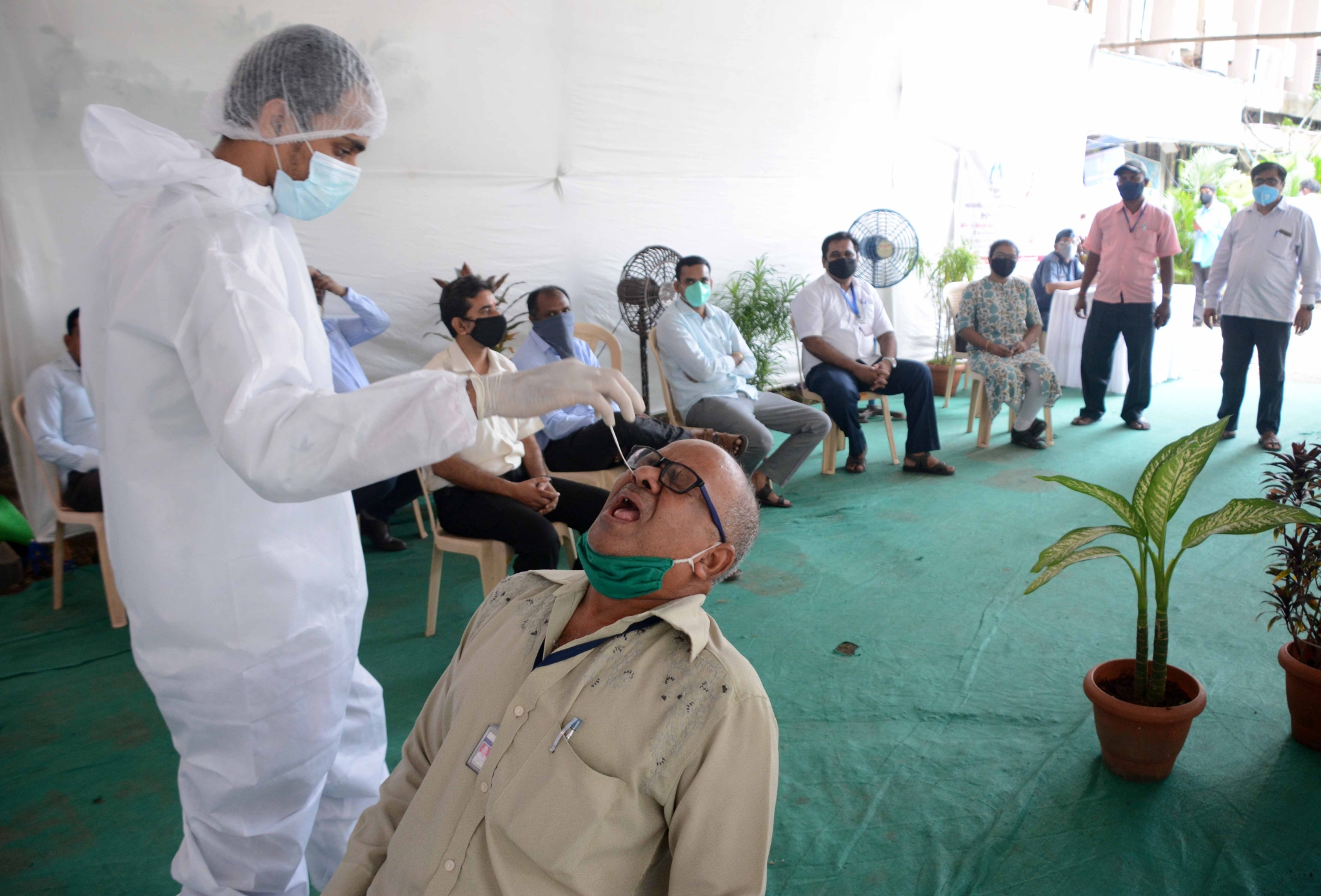 Mumbai city witnessed a 31.76 per cent drop in the number of daily Covid cases on Saturday, with 333 new cases being reported in the last 24 hours compared to 488 cases being recorded on October 15. The total number of cases in the city has now increased to 7,50,441 till date. Meanwhile, three people succumbed to the deadly SARS-CoV-2 virus on Saturday, pushing the overall death toll to 16,180. Civic officials have attributed this drop to the recent festive season due to which the number of Covid testing also dropped.

On the other hand Maharashtra also witnessed a drop in the daily Covid cases on Saturday, with 1,553 new infections and 26 Covid deaths being recorded in the last 24 hours, pushing its tally to 65,89,982 with 1,39,760 fatalities till now.

Experts said that the BMC should increase the number of tests. Senior health officer of the civic health department said, “The cases may be going down, but we are witnessing a surge in daily positivity rate in urban centres compared to that of rural areas. The reason for the increased positivity rate is people moving around. In the past few days, there have been several relaxations, and this could have led to a surge. However, I feel that the number of tests in the city is low.”

Suresh Kakani, Additional Municipal Commissioner said the testing more or less remained the same as the cases are also almost the same. “Currently, the tests may be less due to festivals and again around Diwali, tests will be less, but it will gradually increase. Citizens have to continue following Covid-appropriate norms,” he said.