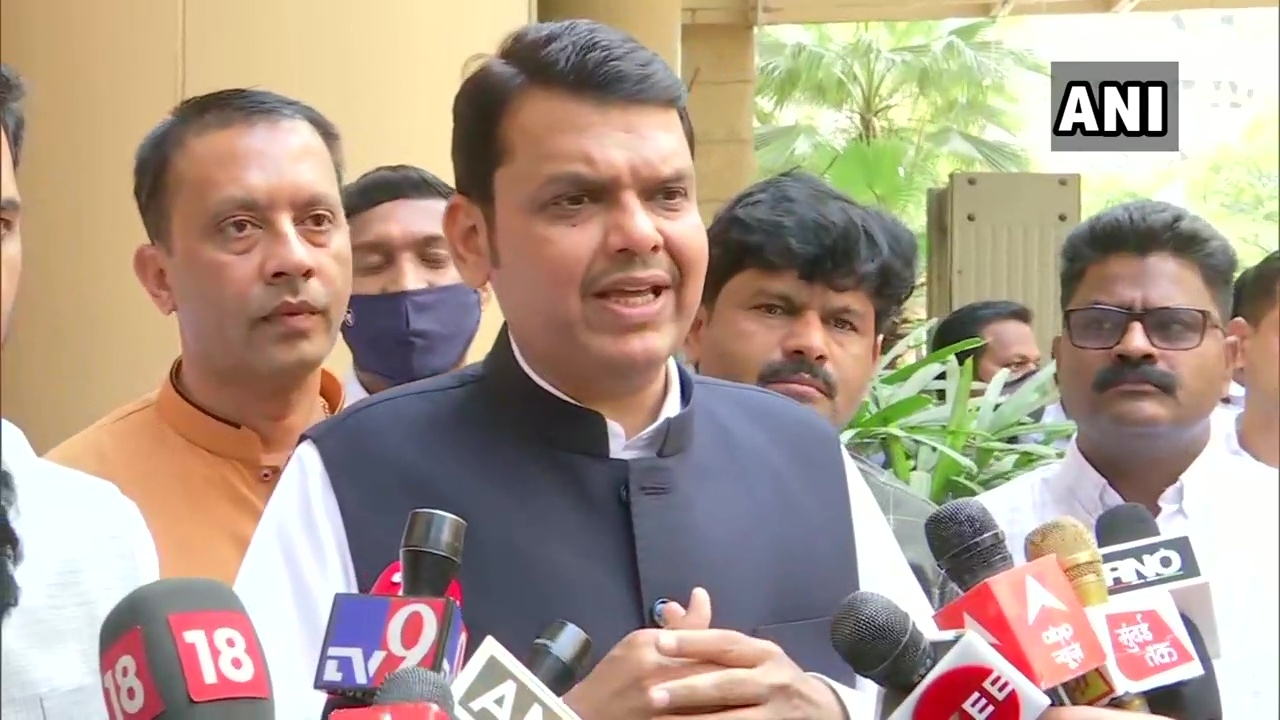 Leader of Opposition Devendra Fadnavis on the eve of the winter session on Tuesday lashed out at the Maha Vikas Aghadi (MVA) saying that there is no Democracy but autocracy and ‘rokhshahi’’ (money collection) in full swing in Maharashtra. He questioned the presence of the state government and claimed that it has failed on every front.

Fadnavis held the MVA government responsible for failure in the protection of the political reservation for OBCs in local bodies. He said the BJP will demand a CBI inquiry into the alleged irregularities and malpractices in the recruitment examinations of various government departments.

Fadnavis claimed that the state government has messed up disbursement of crop insurance to the natural calamity hit farmers. He also alleged that the 12 BJP legislators were suspended during the monsoon session for the period of one year to keep the opposition quiet and also out of fear of the government's survival. He claimed that it was also an attempt to reduce the number of BJP legislators for holding the Maharashtra Legislative Assembly Speaker’s election.

‘’The MVA government was exposed in the Supreme Court on the issue of OBC reservation. The government had earlier told the court that the empirical data of OBC was not available from the Centre but now it has said it will collect the data in three months. Due to the government’s inaction, the OBC quota was cancelled. BJP will raise the issue during the winter session,’’ said Fadnavis.

Meanwhile, the opposition boycotted the customary tea meeting today citing the government's presence in the last two years. State BJP president Chandrakant Patil as the citizens have not seen the face of Chief Minister Uddhav Thackeray in last 45 days and he should hand over the charge to his son and Tourism Minister Aaditya Thackeray or the MVA partners should set up a board for the government's functioning.

Govt ready to reply to issues raised by opposition

The Deputy Chief Minister Ajit Pawar, who addressed the press conference after the cabinet meeting which was virtually attended by Chief Minister Uddhav Thackeray, said the government is ready to reply to each and every issue raised by the opposition. He said 26 bills of which 5 pending bills will be presented during the winter session, adding that the government will also table the joint select committee's report on SHAKTI Act which aims to curb crime against women and children.

Pawar expressed displeasure over the opposition's decision to boycott the customary tea meeting today. He rejected leader of opposition Devendra Fadnavis' demand for CBI probe into the alleged malpractices in recruitment exams of various government departments and undertakings saying that the state police is quite capable to complete the inquiry.

Pawar confirmed that the state assembly Speaker's election will take place during the session. He dared the opposition to move no confidence motion against the MVA government which will be defeated on the floor of the house.

Pawar said CM's health is good and he has said that he will participate in the proceedings of the winter session. ''CM is holding virtual meetings and clearing files. He chaired a cabinet meeting virtually today and asked the MVA leaders to hold a meeting of legislators at 9 am on Wednesday,'' he noted.