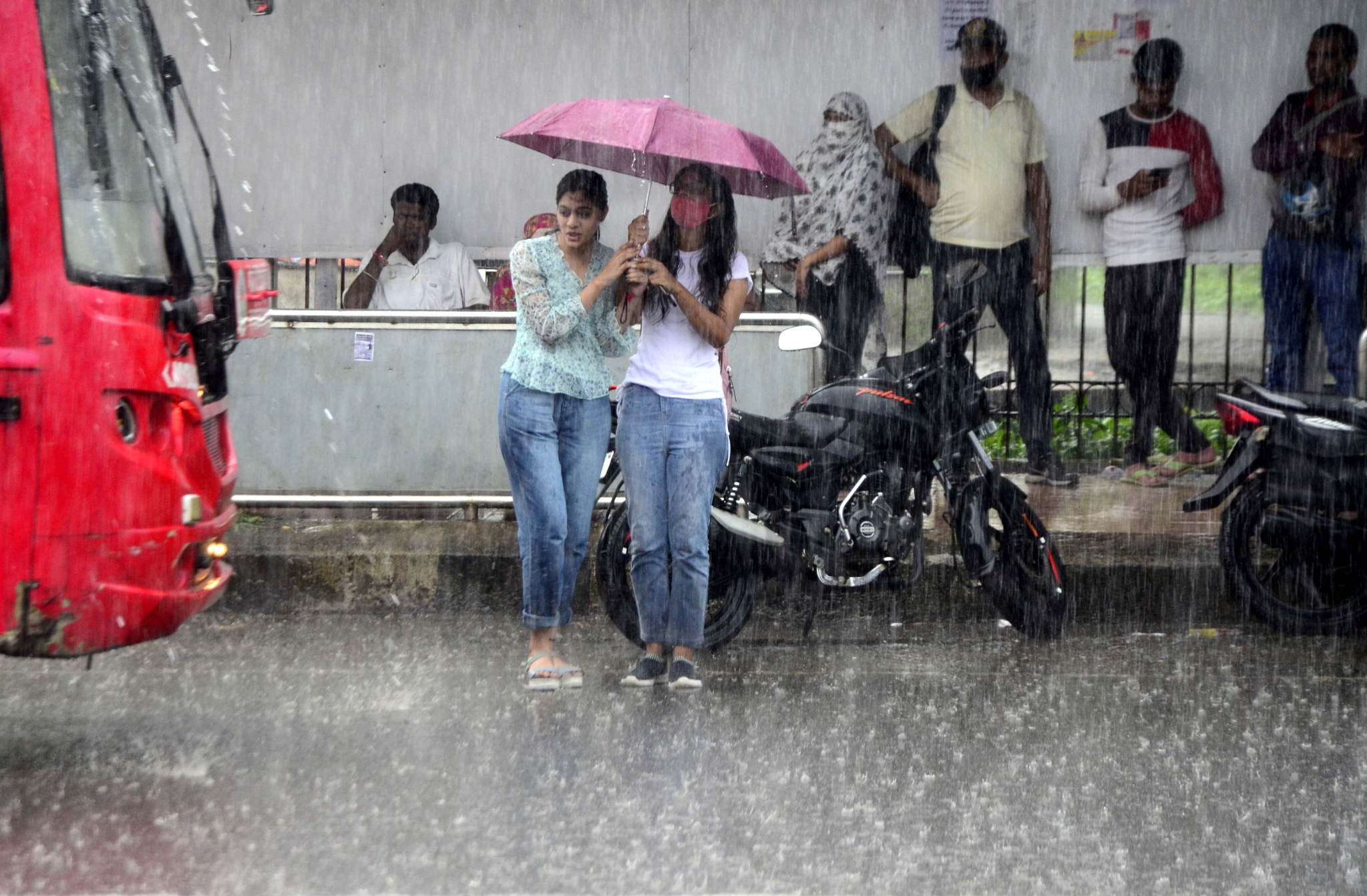 Heavy rains lashed several parts of the city and adjoining areas on Monday night and Tuesday, providing some relief to citizens from humidity. Meanwhile, the Indian Meteorological Department's (IMD) Regional Meteorological Centre has cautioned fishermen against venturing into the sea at least for the next 72 hours till September 3 due to rough conditions.

The IMD has also issued a yellow alert in Mumbai and adjoining areas for the next two days. The city is likely to receive heavy to very heavy rainfall at isolated places for the next couple of days.

A red alert for Palghar and an orange alert for Thane has also been issued.

The rain is expected to subside by Wednesday evening. However, Mumbai, Thane and Palghar are likely to witness heavy to very heavy rains in the next 24 hours.

The rainfall is likely to decrease gradually from September 2, and the city might receive only light drizzles during the weekend.

"The low pressure area is currently over Northwest Central Maharashtra and adjoining West Vidarbha region. This system has activated the monsoon surge along the konkan region which will further result in more rains over Mumbai and adjoining areas," stated Skymet Weather.

Lake level: The lake levels in the seven lakes supplying water to Mumbai is at 88. 69 percent of the total required water stock.

According to BMC data, as of August 31, all seven lakes had 12,83,708 million litres of water in stock as against the total required capacity of 14,47,363 lakh million litres (water required for the annual supply to Mumbai.