The commissioner who was unaware of such frauds clicked on the link given in the message which routed her to her own net banking page.

An Income Tax (IT) commissioner lost over ₹76,000 to a cyber fraud recently after the fraudster lured the commissioner into a trap by claiming her account would get blocked if she did not update her PAN and made her share OTP, said police.

The 52-year-old complainant, a resident of Income Tax colony at Pedder Road last month received a text message from an unknown number asking her to update PNA car details with the bank otherwise her net banking account would get blocked.

The commissioner who was unaware of such frauds clicked on the link given in the message which routed her to her own net banking page.

The commissioner entered her customer ID and received a six-digit OTP on her mobile. As soon as she entered the OTP in the place of a password, ₹76,499 were debited from her account.

She tried contacting the mobile number given in the message but to no use, it was remained not reachable. After getting no response for a while she realised that she had been duped.

Meanwhile, the commissioner had been to Delhi for her office work and only returned to Mumbai last week and approached the police.

"We have written to the bank asking them to provide account details in which the money was transferred and also trying for mobile number details mentioned in the message," said police. 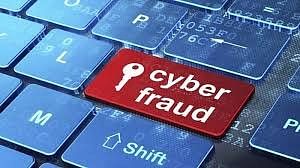