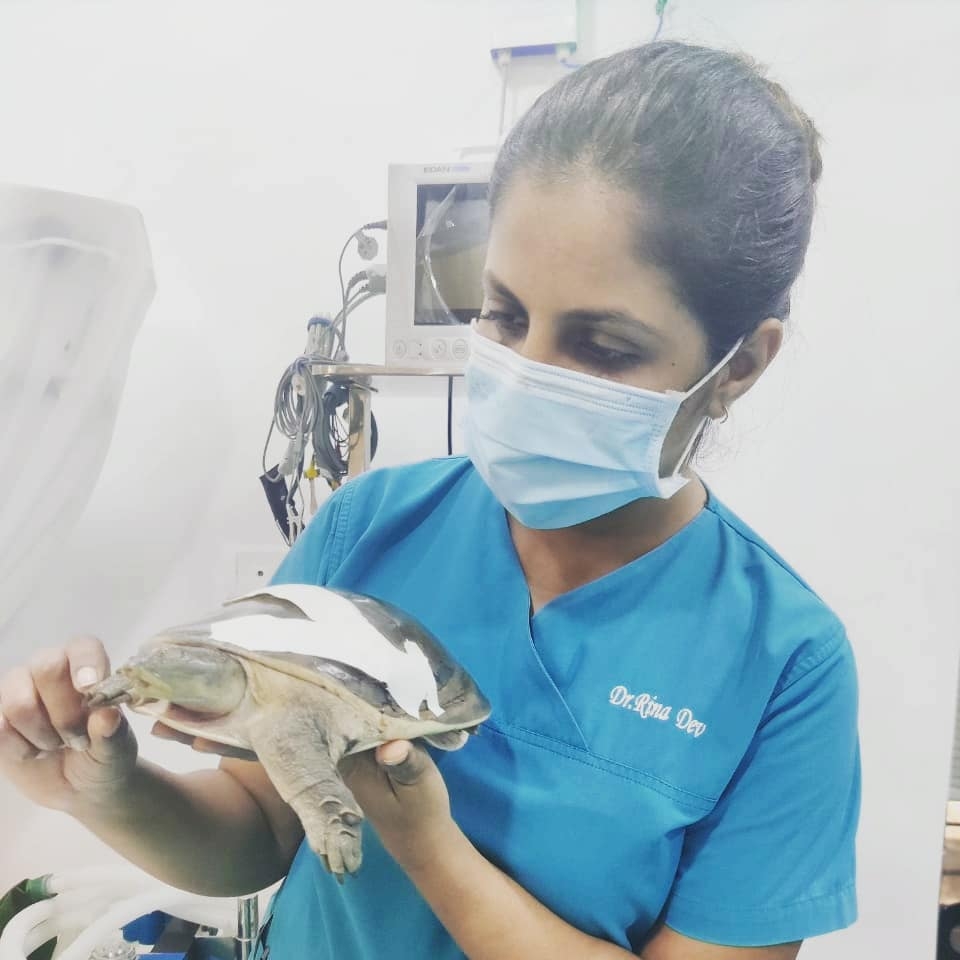 An Indian flap shell turtle was brought in at the Bombay Society for the Prevention of Cruelty to Animals (BSPCA) at Parel in a critical condition on Thursday afternoon by an unknown person. The turtle, which came in with a damaged carapace, underwent surgery. Rescuers said it is still critical.

The Indian flap shell turtle (Lissemys Punctata) is a freshwater species found in South Asia. It is listed under Schedule (I) of the Wildlife Protection Act, 1972, and thereby, is granted the same level of protection as the tiger.

Pawan Sharma, a conservationist and founder of Mumbai-based NGO Resqink Association for Wildlife Welfare (RAWW), rushed the injured animal from BSPCA to Dr Rina Dev’s clinic in Khar. He said its condition points to being run over by a vehicle.

“After a basic first aid and washing the wounds, we handed it over to volunteers from RAWW, who took it away for further treatment and care,” said Taarika Ghaswalla, animal welfare officer at BSPCA. At Dr Rina Dev’s clinic, a team of vets stabilised the animal and performed a major surgery to save its life.

Sharma said that it was found that a significant part of carapace (hard upper shell) was damaged. “There was damaged shell, shell fragments, and fractures across the midline that may affect the spine of the turtle. Some parts of the lung were also exposed. The turtle is under critical care management,” said Sharma, adding that the rescue, treatment and rehab is done under the supervision of the forest department.

Sharma added, “In the last two weeks, RAWW has rescued 10 flap shell turtles, three tortoises and six red ear slider turtles. In the case of tortoises and red ear slider turtles, we can assume that might be a case of abandonment. However, finding turtles like the Indian flap shell is not uncommon. There are many instances when they get displaced in drains and when the drains dry, they set out in search of water bodies and many times get stranded.”

Helpline: Many turtles are found in drains, on the streets post rains due to displacement. If you come across any such case you contact the forest department on 1926 / RAWW Helpline 7666680202