The HC also quashed another BMC order granting permission to another group to hold the puja at the venue after it submitted an application seeking nod along with a letter from a former corporator of the BJP.

The Bombay High Court on Thursday quashed an order by the Brihanmumbai Municipal Corporation's (BMC) in which it had revoked a permission granted earlier to an organisation headed by a former corporator of the NCP to conduct Chhath Puja at a ground in Ghatkopar.

The court also quashed another civic body order that granted permission to another group that had sought to hold the prayer at the venue after it submitted a plea seeking nod along with a letter from a former corporator of the BJP.

A vacation bench of Justice N J Jamadar and Justice Gauri Godse said there was "malice" on the part of the civic body in the act of granting permission to one group and revoking the nod given earlier to the other group.

The Chhath Puja is to be held on October 30 and 31 at Acharya Atre Maidan in Ghatkopar. The BMC had revoked permission granted to NCP's former corporator Rakhee Jadhav's organisation Shri Durga Parmeshwari Seva Mandal to hold the festival. It is this decision that was quashed.

While revoking permission to this group, it had granted permission to Atal Samajik Sanskruti Seva Pratisthan which was recommended by former corporator Bhalchandra Shirsat of the BJP.

The NCP former corporator approached the HC through her mandal against the BMC order.

The High Court quashed both the orders and directed the local police station to take a decision on grant of No Objection Certificate (NOC) to the petitioner mandal.

In the petition, the mandal had stated that it had sought permission in August for holding three functions - Ganpati visarjan, Navratri and Chhath Puja. The permission was granted the same month.

The civic body claimed that the mandal had not submitted the requisite NOCs from police, fire and traffic departments. Regarding the permission granted to the other group, it said that it had all the NOCs and hence permission was granted to it. The HC bench questioned the timing of the revocation of the favourable order and asked the civic body why the permission was not revoked during the Ganpati or the Navratri festivals when the mandal did not have the NOCs even then. 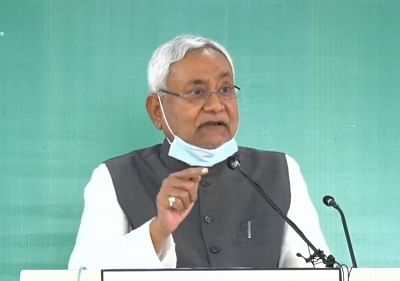