Mumbai: FIR against 7 Shiv Sena members after clash with BJYM workers | Unsplash
Follow us on

Mumbai Police filed an FIR against seven Shiv Sena leaders and workers in connection with the scuffle that broke out between Bharatiya Janata Yuva Morcha (BJYM) and Sena workers outside the latter's headquarters in Dadar on Wednesday.

Earlier on Wednesday, BJYM workers protested outside Shiv Sena Bhavan, in Dadar, over Shiv Sena's criticism of the alleged scam in the land deal for Ram Temple in Ayodhya, following which a scuffle broke out between the members of the two parties.

After the incident, police detained at least 40 BJYM workers.

The youth wing of BJP had called for the protest march outside Shiv Sena's headquarters and Shiv Sena Bhavan in Dadar after Saamana on Tuesday published an editorial, asking Prime Minister Narendra Modi to intervene in the matter of alleged scam in the land deal for Ram Temple in Ayodhya.

Shiv Sena's mouthpiece Saamana as asked the PM to ensure that there was no "blot of scam" in the construction of the Ram temple in Ayodhya as it "is a matter of national pride". 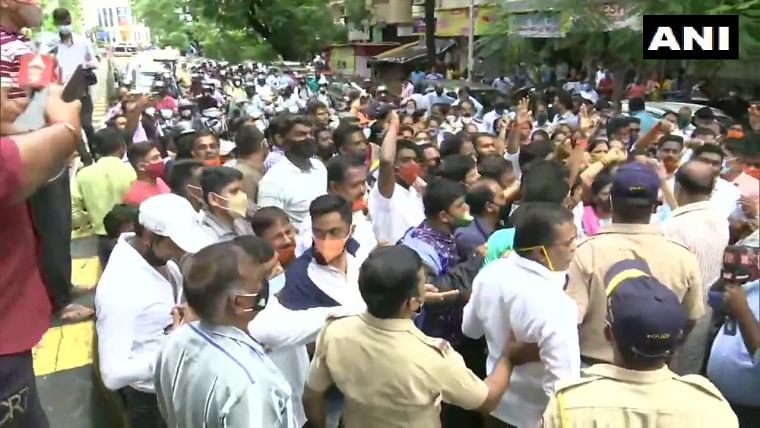