Mumbai: Experts warn of third COVID-19 wave sweeping over those below 30 years 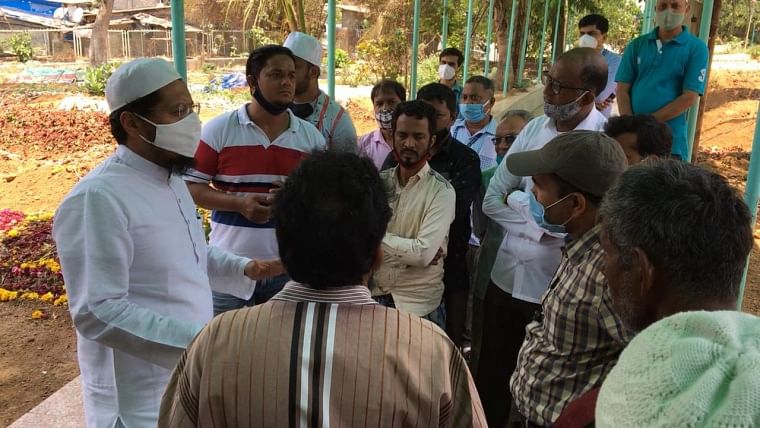 Amidst the surge in COVID-19 deaths in Mumbai, experts have raised concerns, stating that if the third wave hits the city, then citizens below 30 years will be more prone to the virus. This could lead to a rise in mortality. After senior citizens, the second wave trend has seen people in the age group of 40 to 60 are getting infected more. On an average, 14 people in Mumbai are dying in the said age group. The task force members said that delay in the vaccination drive can lead to a third wave. It will be more infectious for people below 30 years, following which everyone should take a vaccine as soon as it is available.

According to the statistics of the BrihanMumbai Municipal Corporation (BMC), around 1,581 people in the city have succumbed to the virus between April 1 and May 2, of which 464 were in the age group 40 to 60 years. This means almost 30 per cent of the deaths are reported in the said age group.

Dr Avinash Supe, in-charge of the BMC COVID-19 death committee, said the infection rate has now shifted from above 40 years to between 20 and 40 years of age, due to which more cases are being detected in this age group in the second wave. “Last year, due to the lack of awareness, more cases were seen among people above 60 years of age that contracted the virus. But, this year, the infection rate is the highest in young adults, so it is essential to vaccinate them at the earliest to control the ongoing second wave,” he said.

He further said diabetes, hypertension, respiratory and heart and other related diseases are the leading cause of death in the age group of 40 to 60. The immunity of the body is already compromised.

Dr Shashank Joshi, member of the state task force, said there may or may not be a third wave, but we need to prepare for it. Also, given the mutations, we also need to change our focus. “In the first wave, it was the elderly [who were most affected], [in the] second wave, [it was the] above 30-age group, and [in the] third wave it may be children [who could be affected]. Hence, we need to strategise accordingly,” he said.