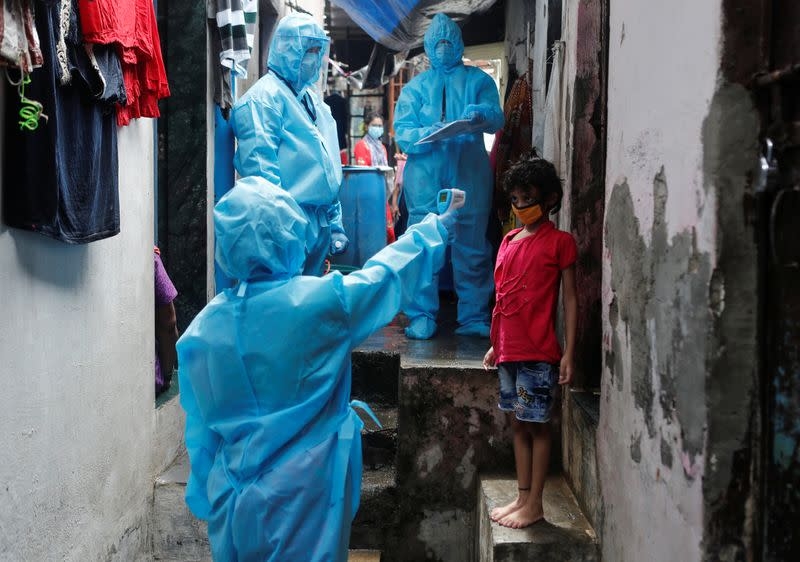 A day after the BMC announced that it will increase the daily number of tests as a preemptive step against the predicted third Covid-19 wave, many wards have said they will be resume door-to-door testing.

Currently, the K-west ward, which includes Andheri, Ville Parle and Juhu, and R-central ward (Borivli) has the highest number of active case.

Senior civic officials said they have started to identify areas where maximum number of cases are being reported. “We have conducted a survey of case reported in our ward in the last two months. It has been revealed that the maximum cases are from highrises. So, we have decided to carry out testing in these buildings and have also appealed to residents to adhere to Covid safety protocols,” said Prithviraj Chouhan, assistant municipal commissioner and in-charge of K-west ward.

A senior official of R-south ward (Kandivli), said they have been conducting door-to-door tests since the last one month. Now they intend to increase the rate of tests conducted.

“Our main target is to increase testing in congested localities so that we can curtail the spread at an early stage,” the official said. “We have already chalked out a plan to carry out visits and the number of tests being conducted at public spaces will also be increased,” said another official of R-central ward.

Suresh Kakani, additional municipal commissioner and in-charge of public health in the BMC, said the officials have also being instructed to track the health of passengers returning from foreign countries.