Testing strategies between the two cities also differ, the officials said, pointing out that while Delhi has adopted random testing methods, Mumbai is focusing on those showing symptoms or ones who are suspected to have come in contact with COVID-19 patients.
Agencies 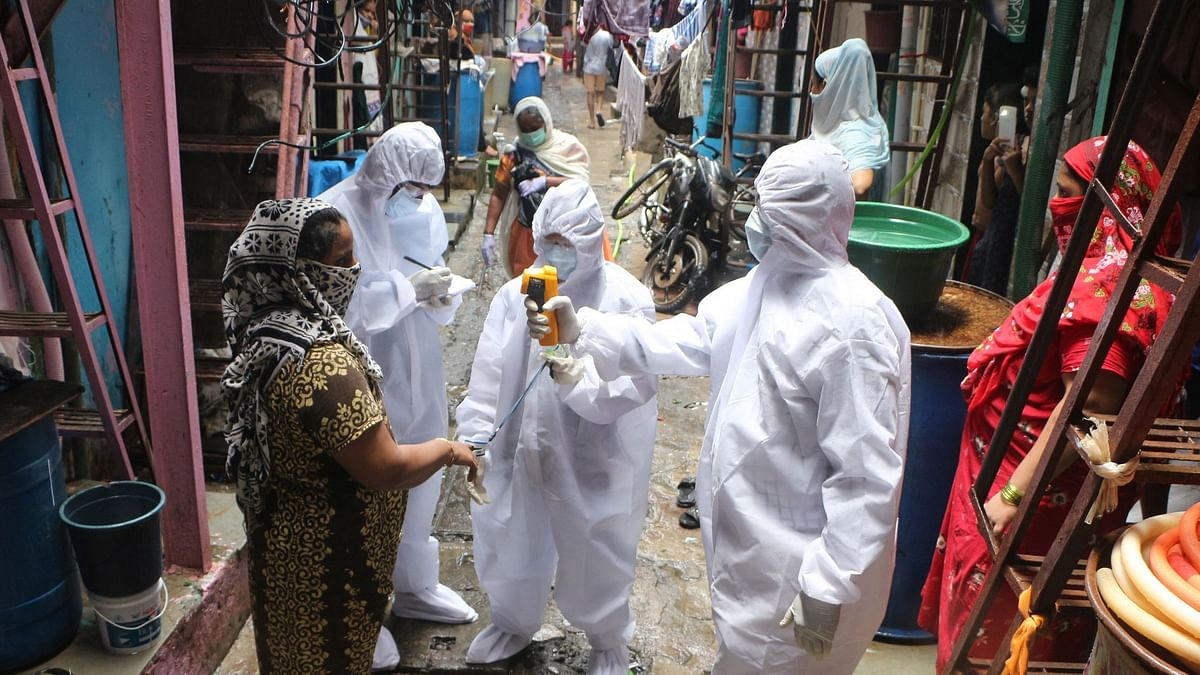 Despite Mumbai and Delhi having almost the same positivity rate, civic officials here on Monday said the city does not require to increase its daily number of COVID-19 tests like in the national capital, which is witnessing a fresh wave of the infection.

Testing strategies between the two cities also differ, the officials said, pointing out that while Delhi has adopted random testing methods, Mumbai is focusing on those showing symptoms or ones who are suspected to have come in contact with COVID-19 patients.

They said currently Mumbai is logging less than 1,000 cases daily, while Delhi is witnessing a third wave with over 6,000-7,000 coronavirus cases on single days.

Probably, this is because Mumbai followed a more cautious unlock strategy, wherein its lifeline - suburban trains - continues to be off-bounds for a majority of commuters more than eight months on as against Delhi's "liberal" attitude towards easing of curbs, said the officials of the Brihanmumbai Municipal Corporation (BMC).

Also, unlike the higher proportion of rapid antigen tests done in Delhi, Mumbai has relied largely on RT-PCR tests which are time consuming but considered more accurate, they said.

Suresh Kakani, additional municipal commissioner, BMC, said currently they are conducting over 10,000 tests per day, mainly RT-PCR, and they have adopted a targeted testing strategy.

"We have been doing targeted testing instead of random testing since the beginning.

"We are testing those who are have COVID-19-like symptoms and those who are exposed to the virus (like health workers and transport staff)," Kakani said.

Kakani said they have set up at least 10 free testing centres in each of the 24 civic wards and people also have an option of undergoing tests at private labs.

"We cannot force people to undergo COVID-19 tests, unless they have any symptoms or they are exposed to the virus," he said.

Dr Rahul Pandit, a member of the Maharashtra government-appointed COVID-19 task force, Delhi has conducted more than 21,000 tests per day of which more than 50 per cent are antigen and the rest RT-PCR.

Mumbai has mainly focused on RT-PCR tests, he said.

"Testing is based on positivity rate and what is important is to do RT-PCR tests, which is the gold standard.

Dr Shashank Joshi, another member of the COVID-19 task force, said at present, Mumbai's daily count has dropped after witnessing a major peak in May and a minor high in September, while Delhi is witnessing its third peak.

"There has been a surge in cases in Delhi as compared to Mumbai as the national capital has harsh winter and high pollution levels," Joshi said.

Gradual unlocking process has also proved helpful for for the financial capital, he said.

Joshi said though the number of tests done in Mumbai is less compared to Delhi, overall COVID-19 cases are also low in the western metropolis.

However, Joshi warned of possibility ofa surge in COVID-19 cases in Mumbai in the next 2 to 3 weeks.