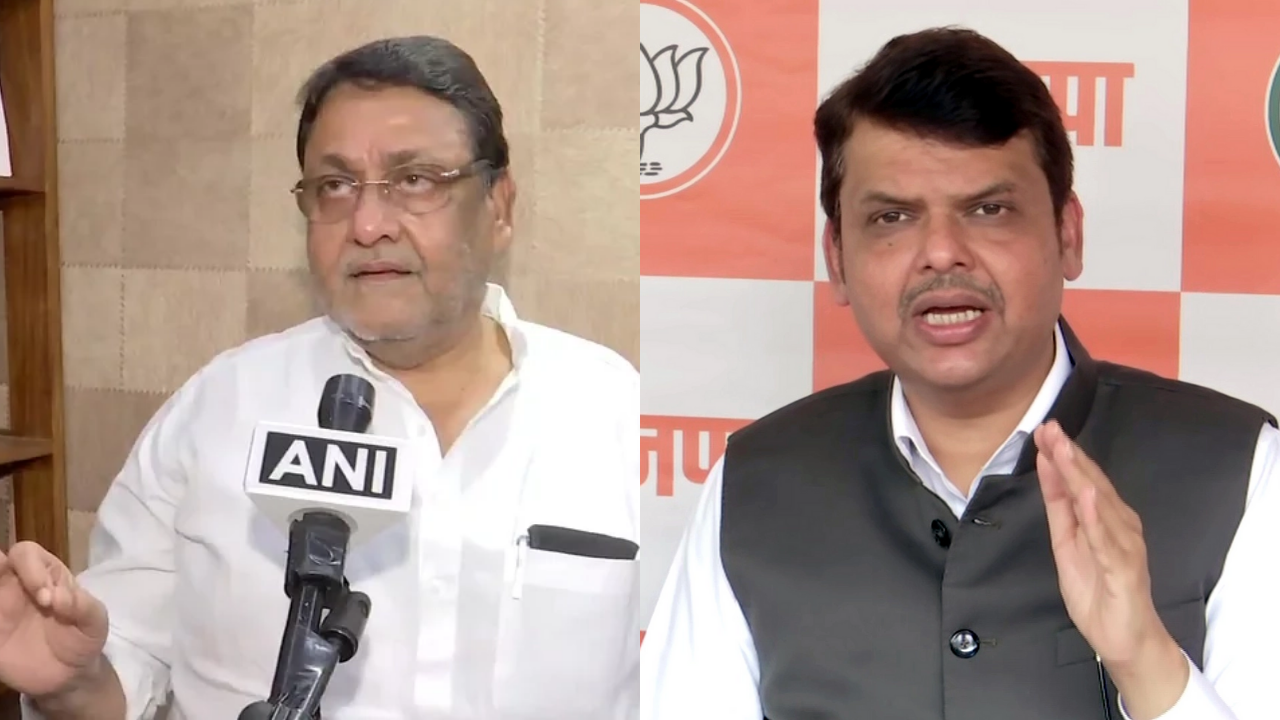 After a war of words, now there is a slew of legal notices. NCP minister Nawab Malik’s son-in-law Sameer Khan has sent a Rs 5 crore defamation notice to the leader of opposition Devendra Fadnavis for making “baseless allegations against him without any merit”. He has also demanded a written apology from him.

Khan’s wife and Malik’s daughter, Nilofer Malik Khan, in a tweet said, “False accusations ruin lives.Before one accusesor condemns, they must know what they are talking about. This defamation notice is for the false claims and statements which @Dev_Fadnavis has put on my family. We will not back down.”

On the other hand, Amruta Fadnavis has sent a legal notice to Malik. She tweeted, “Mr @nawabmalikncp shareda series of defamatory, misleading and maligning tweets including some pictures! Here is notice of defamation including criminal proceedings under various sections of IPC. Either delete tweets in 48 hours with uncondition alapology or face action!”.

Sameer Khan was arrested in an alleged drugs case by the Narcotics Control Bureau (NCB) in January this year and was granted bail in September by a court, citing lack of evidence. In the legal notice to Fadnavis, Sameer Khan’s lawyer said that his client was “falsely implicated”.

But Fadnavis, in a statement to a news channel on November 1, said Malik’s son-in-law was “found with drugs in his possession” and that “in whose house drugs were found then what their party will be”. The allegations were “baseless and without any merits”, Sameer Khan said in the notice. The NCB's panchanama clearly says that Khan’s house was searched and “no contraband/ suspicious substance was found in the house or under his possession”, the notice said.

Meanwhile, Amruta Fadnavis in her notice said, “The said defamatory posts are tweeted by you in a manner to portray and suggest that our client has connections with drug peddlers and, more particularly, one Jaideep Rana, along with whom the images of our client are shared in the said defamatory tweets.”

The notice further states that Rana was hired by the creative team of ‘River March NGO’and Fadnavis had no association with him. Amruta Fadnavis had sung a song and shot a music video for the NGO.