Mumbai: Crime rate at stations goes down due to high-tech cameras and surveillance gadgets installed by Western Railway

The process to install the new cameras began early this year and was completed in June.
KAMAL MISHRA 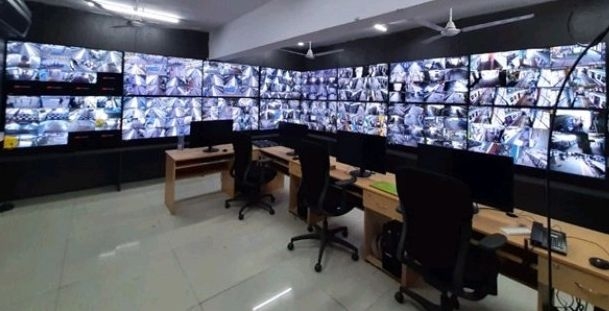 Mumbai: Crime rate at stations goes down due to high-tech cameras and surveillance gadgets installed by Western Railway | Twitter

The high-tech CCTV cameras and other surveillance equipment recently purchased by the Western Railway have already shown great results, the railway sources said. Not only crime detection on trains and at stations but also the prevention of crime has been made possible by these new gadgets. The process to install the new cameras began early this year and was completed in June.

The Western Railway has also invested in an artificial intelligence-based infrared intruder alarm systems, body-worn cameras, segway, and mics with a talkback systems.

Giving example of crime prevention, the WR officials said that the railway police were able to round up at least three suspects recently, after which it emerged that all three had cases of theft registered against them and were on the prowl at the stations with the intention of robbing people.

“The three suspects were found loitering around at the station premises in a suspicious manner. Their interrogation revealed they were on the lookout to steal and rob from the passengers,” a senior security official from the Western Railway said.

The railway officials said that the footage from the new CCTV cameras is twice as clear compared to the old ones. “Identification of the suspects has become easier.

On September 30, a Railway Protection Force (RPF), Western Railway officer, monitoring the CCTV camera footage, noticed a woman moving around suspiciously on platform number 4 of Mira Road Station. She was detained and after a sustained interrogation, she revealed her identity.

The woman, Deepika Karia, 34, a resident of Nalasopara, admitted that her intention was to steal from passengers. She further said that she had stolen a mobile phone of a passenger at Mira Road Station on September 27.

She was subsequently handed over to the Vasai GRP for further action. In another case, recorded on September 9, a commuter approached the Borivali RPF saying that his mobile and wallet were stolen from Dahisar Railway Station’s platform number 1.

After scanning the CCTV camera footage, the railway’s anti-theft squad detained a man in Dahisar. The suspect, Vinay Tak, was interrogated at length and he admitted to have stolen the phone and the wallet.

In yet another case, recorded on July 2, the CCTV cameras caught a young man spending hours at Andheri station. He was not boarding any train, nor did it look like he was waiting for someone. He was rounded up and the railway cops found that his name is Rahul Amritlal, 22, a resident of Bhayandar.

Investigation revealed that Amritlal was a notorious history-sheeter with nine cases of theft and robbery registered against him under the Indian Penal Code sections and three cases under the Mumbai Police Act at various GRP police stations were also filed against him.

He was waiting at Andheri station looking for an opportunity to commit a theft. “Alertness on the part of our officials and better surveillance helped us prevent crimes,” a senior railway official said. Govt open to setting up a HC bench in western UP, says Union Minister Baghel