Mumbai: After having failed to garner any response for much publicised water taxi services to connect South Mumbai with Navi Mumbai and some tourist destinations around Mumbai, another attempt is being made to revive the services. This time, with one-third of the fare that was charged earlier this year. 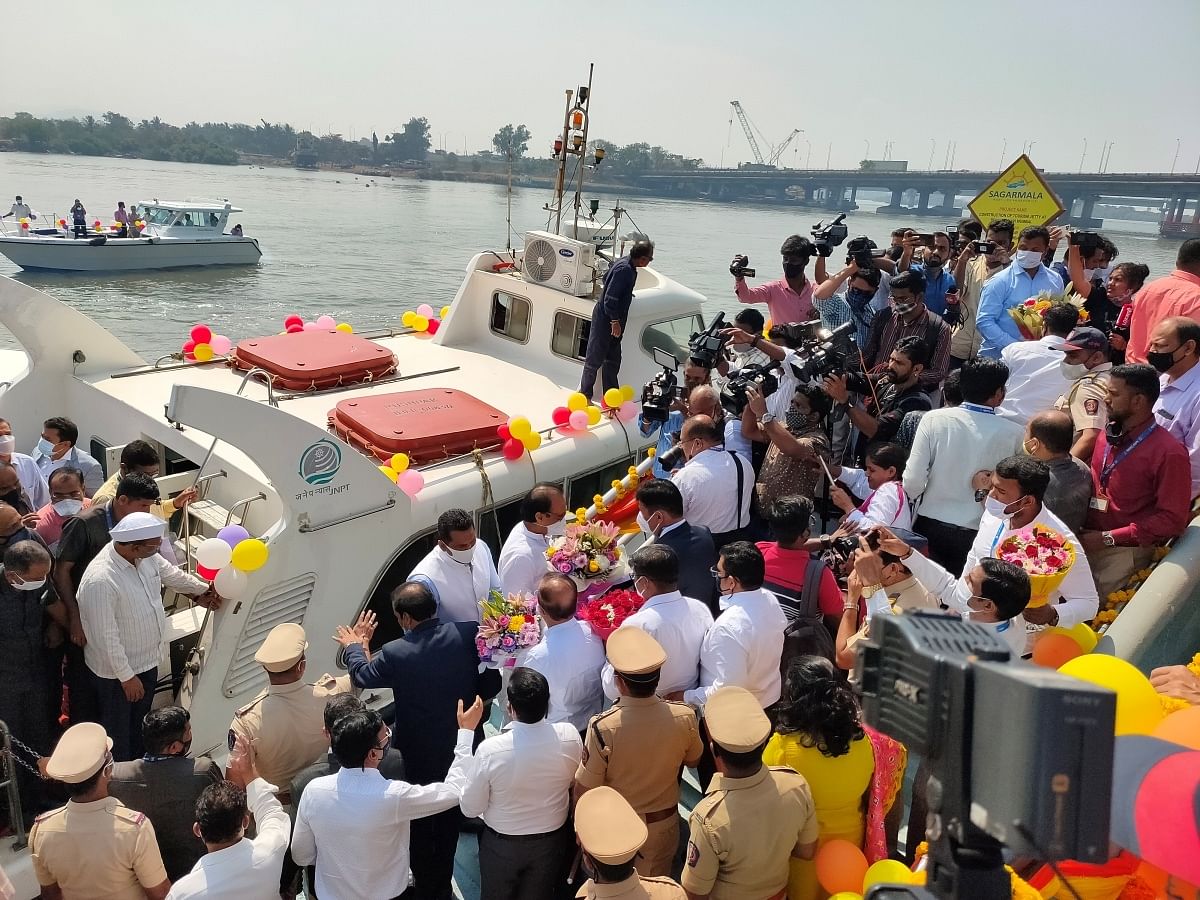 Therefore, commuting between South Mumbai and Navi Mumbai will be a faster and cheaper affair -- but only if there is adequate response from daily commuters.

Unlike in February 2022, when the water taxi service had high fares in the range of Rs 800 to Rs 1,500. This time, the fare has been kept at Rs 400 per direction, which is not only one-third of the earlier tariff, but also less than half than aggregator taxi services.

If successful, those shuttling between South Mumbai and Navi Mumbai will save ample travel time as it will take about 40 minutes to sail between Gateway of India and Belapur as compared to 60-70 minutes by train and around 90 minutes by road.

This time around, it is not the players from Mumbai or Maharashtra who are getting into the business, but a Lucknow based company.

Sources shared that a new catamaran is being brought to Mumbai from Goa by the new operator. “It will have 200 seats, hence the ticket prices are low. Water taxis had seats in two digits, thereby having a higher operating cost.”

Some permissions from the Mumbai Port Trust are pending, which is expected to come in by the end of this month. If the approvals are through sometime this month, Belapur-Gateway of India services may start sailing by month end or early next month.

Meanwhile, the existing water taxi service providers are also planning to revive their services from November onwards, when the waters will be calm and Mumbaikars back from their respective Diwali holidays.

B N Kumar, Director of NatConnect Foundation and a resident of Vashi said, “Yes, I will surely think of it since it will help reduce pollution and traffic rush. But much will depend on the time taken to reach Fort or Nariman Point from the landing point. I had used the hovercraft service in the 1990s from Vashi to Gateway. I had a bad experience during the monsoon as the hovercraft would not start from Gateway and keep turning back. Hope this service will not be the same. Water transport in general must be strengthened.”

“The new tariff will allow more people to afford the ride. It’s a good move and this will attract more people in the coming days,” said Mr. Sunil Ramakrishnan, Director of Rigveda Consultancy & Services and a resident of Ulwe.

Multiple attempts have been made in the past to open up Mumbai’s coastal waters, similar to other metropolitan cities around the globe, and reduce passenger burden on other travel modes. All the past attempts have been unsuccessful due to varied reasons, one of the prime factors being high fares making such travel models out of bounds for the masses.

For example in 1992 and 1996, hovercraft services were operated between Juhu beach and Girgaum Chowpatty as well as between Gateway of India and Vashi. However, within the first few years, due to high ticket prices, opposition from fishermen and poor patronage the services discontinued.

Another attempt was made in 2003 when Satyagiri Shipping was the highest bidder to have passenger water transport on the western coast. Five years later, without a single trial or sail, the Maharashtra State Road Development Corporation scrapped on ‘technical grounds’.

Again, in 2010 Pratibha Industries emerged as the sole bidder to operate between Nariman Point and Borivali with a few halts along the way. Later, this was also scrapped reasoning that it was the sole bidder that participated in the tendering system.

In 2013, once more a push was unsuccessfully made to provide services on eastern and western coasts of Mumbai, but the then coalition politics was blamed for its failure.

In February 2022, the water taxi services finally began sailing but had to be discontinued in the maiden week itself due to poor ridership.