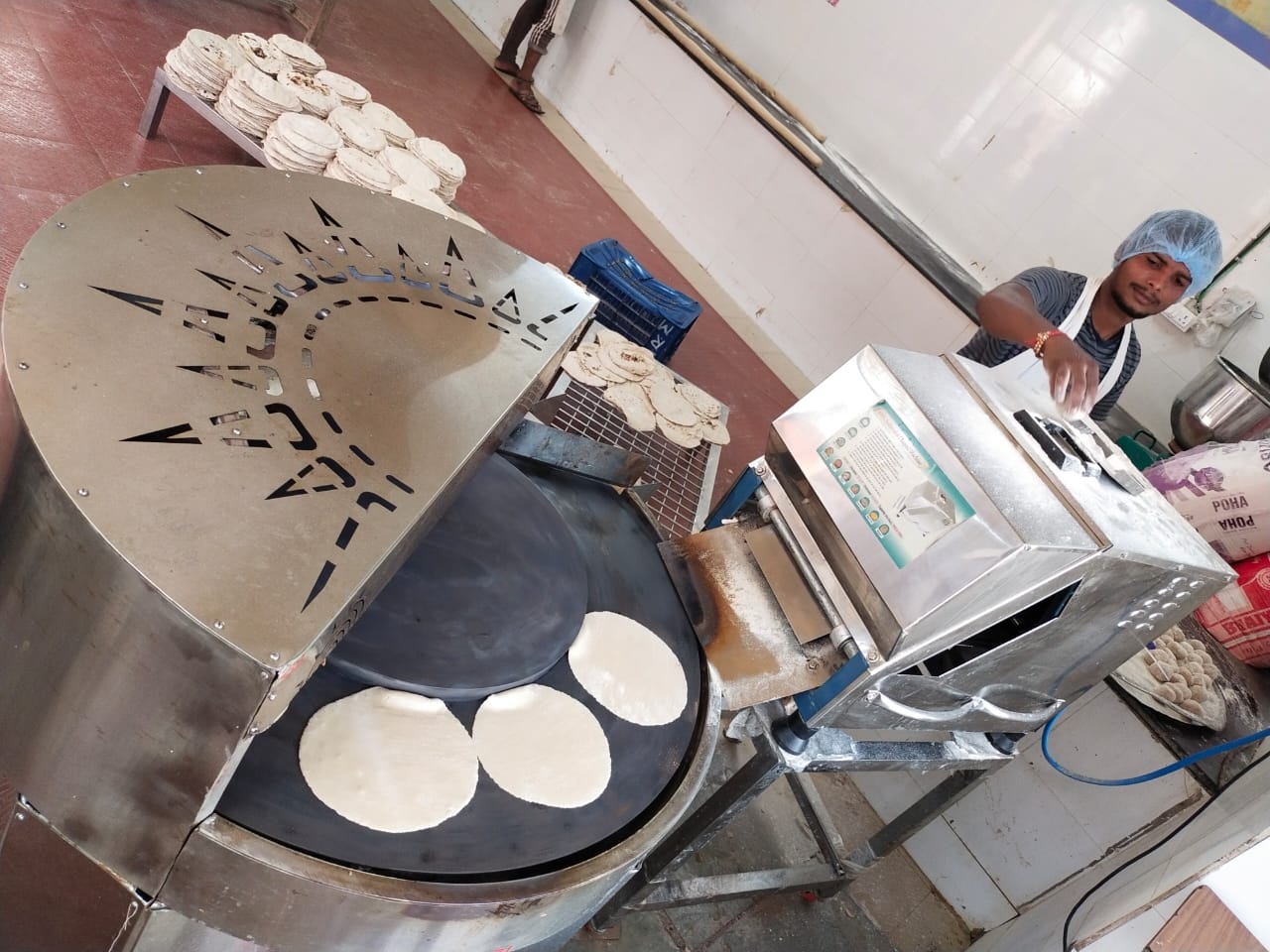 Gone are the days when inmates at the Dhule district prison would be sweating for long hours rolling flat bread (chapatti). Now the food served at the prison has got a huge makeover. The prison has now gone hi-tech and invested in a flour mill and a chapatti maker which will help in making the dough and hot puff chapatti very simple.

The authorities have also got hot pots or casseroles to keep the food warm for at least eight hours to ensure that prisoners get hot and nutritious meals. A trolley system is also being created to take the food directly to the barrack from the kitchen to maintain social distance.

The Dhule District class-1 prison built in 1862 has an historical value of freedom fighters being imprisoned and hanged by the British. The prison that has a capacity of 304 inmates, presently lodged 366 undertrial inmates including 10 women undertrial.

The hi-tech wheat flour mill, flour kneading machine and roti making machine was inaugurated on August 15, at the hands of Cabinet Minister, Abdul Sattar. The Minister had proposed the fund under the district planning committee. "It was all possible with the support from the minister, the collector and Yogesh Desai, Deputy Inspector General, South Region, Maharashtra Prison and superior from the prison department," said Petres Joseph Gaikwad, Superintendent of Dhule District Class-1 Prison.

Gaikwad further added, "We have to daily prepare 50 to 60 kilogram of wheat flour to make 1,000 to 1,500 rotis in the afternoon and the same in the evening for dinner. Now with machines we get a complete roti in hand. After we brought this machine from Rajkot, instead of 14 inmates now only 8 inmates carry out the work," he added.

Hot pot instead of Handi: The district prison had also started hot pot vessels or casseroles to keep the food warm. "Earlier we used to give dinner at 4pm, as per the jail manual. But the inmates used to have food after 7pm, which used to get cold. Now with the hot pot system, which keeps the food warm for eight hours. The inmates enjoy the food and there are last chances of wastage," added Gaikwad.

Idea: Gaikwad claims he first started the concept in Jalgaon district jail, which was successful. "When I joined the Dhule prison we found the temperature was as hot as 42 degree C. The inmates used to get sweaty while mixing the wheat flour, completely losing the hygiene issue. We even brought a machine to mix the ingredients. Now we can assure that the food in the jail is completely hygiene and clean," he added.

Kitchen Trolley at Barracks: With the help of NGOs, the Dhule prison authorities have arranged kitchen trolleys. "This will help the food reach the barracks easily. It will be kept in the hot pot and given at the barrack, which will result in less chances of wastage and falling down. The kitchen trolleys are mostly used in five star hotels for room service and serving food in quantity or in different rooms," added Gaikwad further stating, "Serving hot and hygienic food to inmates had resulted in creating a positive environment. Also, it increases the immunity power and decreases health issues. However, any inmate is not a born criminal. The situation takes him the wrong way. We should also give them a chance, if it's worth it. Many inmates have changed after being released from jail and are living a happy life now onwards," added Gaikwad, stating that such hi-tech machinery should be set up across different jails of Maharashtra for the betterment of jails and inmates," added Gaikwad.