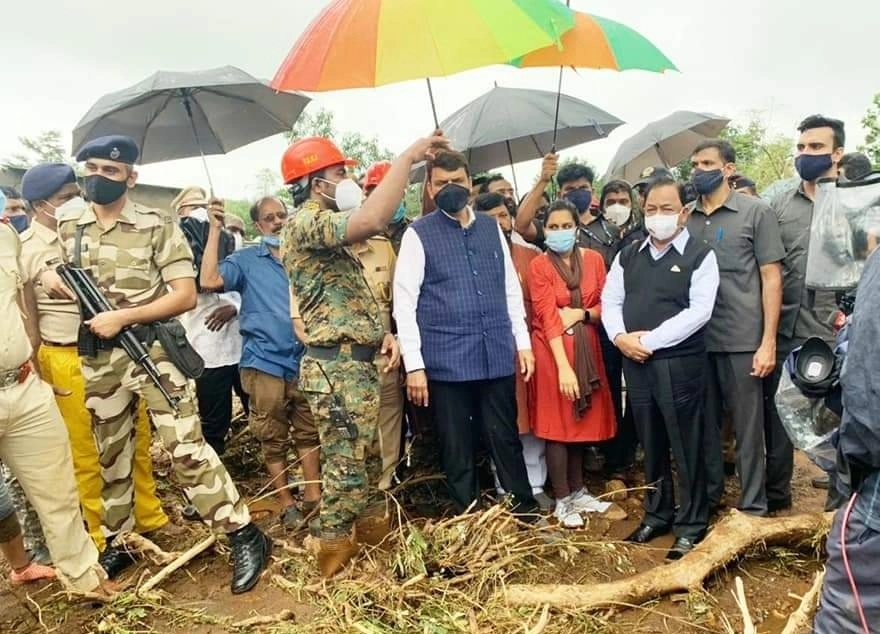 “The Centre will help out the state. It will rebuild Taliye village and houses will be constructed under the Prime Minister’s Awas Yojana. The rehabilitation of locals will be done wherever they ask for,” said Rane, who also visited Chiplun. However, Rane, who hails from Sindhudurg, strongly criticised Chief Minister Uddhav Thackeray and the state government in handling the crisis.

“The state has no chief minister and no administration even in such a dire situation. The flood-hit people are demanding answers from the authorities. People were not given any prior intimation about the floods, nor were they moved to safer places. The administration should have made arrangements for food and water,” said Rane. He blamed the administration for lack of timely action.

Rane said that prior to his visit, the PM spoke to him. “He asked me to visit the site and submit a report on it,” he added.

Meanwhile, Fadnavis said, “Looking at the continuous natural disasters in Konkan region, a long-term plan with disaster management measures is the need of the hour. A roadmap must be made for this.” He further said, “We visited Chiplun and interacted with families who lost almost everything in the floods. We demand immediate assistance for them on the lines of the cash provided by us during the Kolhapur-Sangli floods. We had also given them rent till their new homes were ready.”

Darekar said the situation is dire in Konkan region and there is a need for immediate help to the affected citizens.