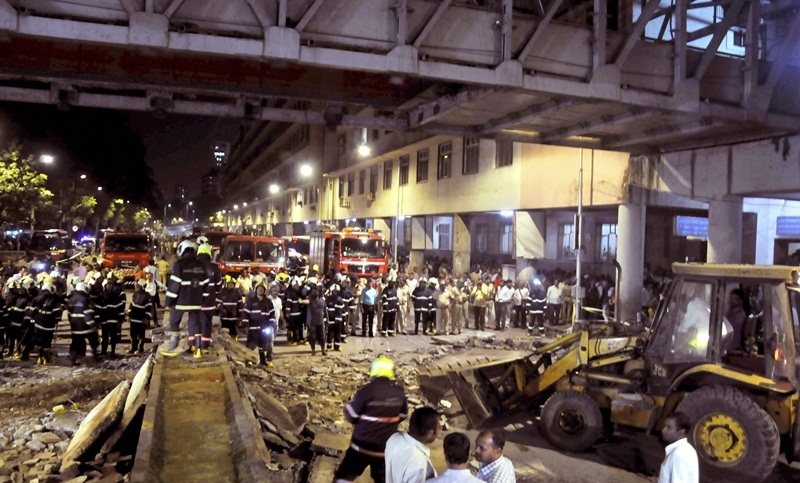 Mumbai: BMC Bridges Chief Engineer Sanjay Darade accepted in the standing committee meeting certain points which were mentioned in the structural audit report of the Himalaya foot overbridge, and which had earlier been overlooked by the bridges department.

The bridge later collapsed on March 14, in which six people died and 31 were injured, which indicates lapses on the part of the bridges department and its auditor. Members of opposition, including opposition leader Ravi Raja, group leader Rais Shaikh from Samajwadi Party and Nationalist Congress Party corporator Rakhi Jadhav, demanded that strict action should be taken against the guilty.

Furthermore, Shaikh said, “No high-ranking officer is ever punished. Only poor workers are made scapegoats in such incidents.” Raja said, “The recently arrested assistant engineer Sandip Kalkulte was a differently-abled person and has been deliberately dragged in this case. He has nothing to do with this case.”

Without taking any names, Raja indicated that earlier beautification work of the foot overbridge was done by A-ward, without consulting the bridges department. “Granite was put on this bridge and the base of the slab was not strong, which resulted in the deadly mishap,” said Raja.

The inspection report of Himalaya foot overbridge clearly stated that it was in fairly good condition. The treads and risers of the staircase were broken and concrete slabs show effects of corrosion. It also stated that cracks had formed in the RC railing. The auditors also suggested providing of anti-corrosive epoxy paint and repairing of cracks, broken treads and risers