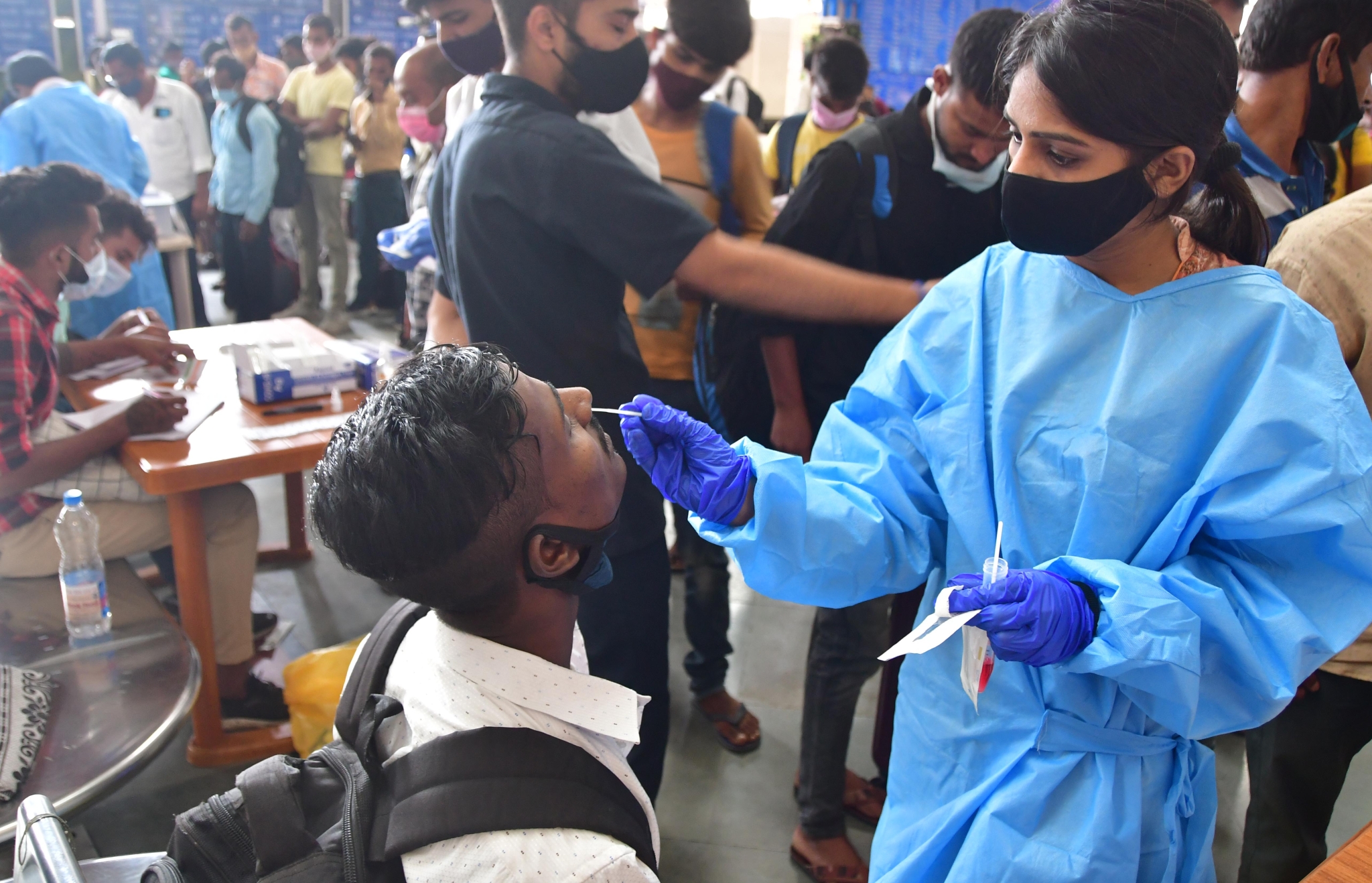 Civic officials have attributed this to stringent measures to control the spread of coronavirus infection, which were expected to rise after Ganpati festival. Moreover, the vaccination drive has helped beneficiaries develop antibodies, they said.

Additional municipal commissioner Suresh Kakani said the change in the Covid-testing protocol and vaccination drives have played an important role. “We had directed all ward officers to test high-risk or close contacts of infected people on the same day instead of waiting for five to seven days,” he said.

Considering that the schools are reopening from Monday and malls will be open all weekdays until 10 pm, Kakani said testing will be ramped up further from next week. “We are hoping to vaccinate 50 per cent of the population before Diwali,” he added. He said the occupants of all sealed buildings are also undergoing screening tests, irrespective of whether they fall under the high-risk category or not.

Kakani said, “Complacency has set in with testing and the volumes need to be urgently ramped up. We are not even using 50 per cent of our testing capacity. Early detection and treatment is the key to reduce complications and death.”