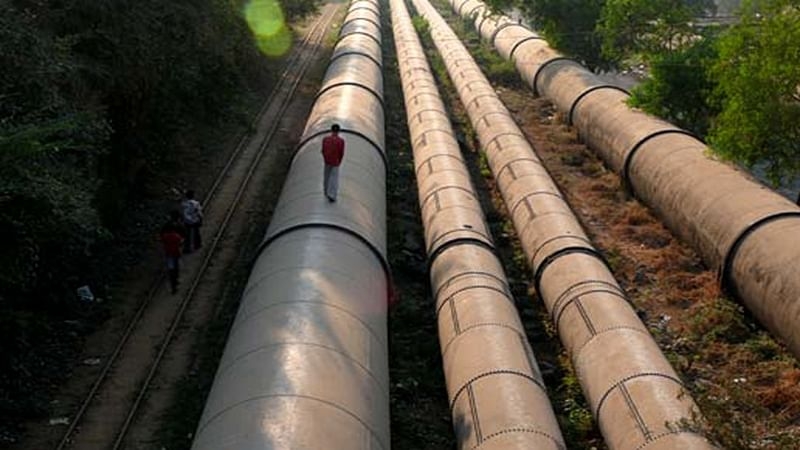 The Opposition in the Brihanmumbai Municipal Corporation (BMC) has cried foul over the contract of selling two British-era aqueducts, they have alleged corruption in the contract. Other contenders for the contract are planning to approach the BMC commissioner on the issue.

The BMC had proposed to sell two British-era iron water pipes (aqueducts) in scrap which will fetch it Rs 32.26 crore. The two unused aqueducts of 1800 mm diameter each will be sold off once the proposal receives the nod. The Opposition parties and other contenders challenged the BMC’s process of shortlisting a firm that was selected in 2020 to buy the pipelines on the grounds that the selling price was not negotiated.

However, the Opposition parties and other contenders have now questioned the BMC’s process of shortlisting the firm that was selected in 2020 to buy the aqueducts on the grounds that the selling price was not negotiated. The two aqueducts, called Twin Tansa mains, stretching from Balkum to Mulund and Mulund to Saddle Tunnel, were replaced with a single 3000 mm diameter main pipeline as part of water security to ensure maximum possible water supply to the city.

“Parts of both these aqueducts were cut off and are lying unused,” a BMC official said. The scrap weighs 70.68 lakh kg.

Old aqueducts of 1800 mm diameter on the Tansa east and west sides from Bhandup Anchor Block to Powai were replaced as well, and the junk weighs 29.50 lakh kg. The BMC proposal says a firm called AIFSO Technologies Pvt Ltd has been shortlisted to buy the scrap.

“These iron water pipes are from the British era. Considering the value of the iron from that time, its price is higher than the regular iron junk,” a BMC official said. The same contractor was shortlisted for the proposal in November last year, prompting criticism from the corporators.

A few Standing Committee members accused the administration of “helping” a particular firm. “The contractor who has been selected to buy the scrap aqueducts has been shortlisted in an illegal manner, without inviting a bid. The contractor has already been hired without any tender process to dispose of the scrap. The process looks full of loopholes, possible corruption involved," said Vinod Mishra, BJP corporator and member of the Standing committee.

"We had already fixed the scrap selling rate for two years and the contract has been awarded accordingly. We don't see any reason to float a fresh tender for the same thing now two years later. Further, we cannot accept new and better rates offered by other contractors, once the contract has already been awarded," said a BMC official mechanical and electrical department.