The work which should have been completed by July 25, has not even begun at the sites allotted
Dipti Singh 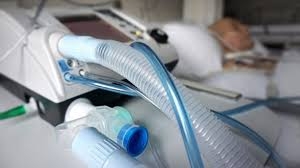 The Brihanmumbai Municipal Corporation (BMC) has issued a notice/reminder to the contractor, for allegedly delaying the work of setting up oxygen generating plants in the city that was planned, anticipating the third Covid-19 wave. The BMC has even warned to penalise the contractor and the firm, in case they fail to complete work any further.

The civic body has planned to set up 16 oxygen plants at nine locations in the city at the cost of Rs 84 crore that will generate an estimated 43 metric tons of oxygen per day. Once operational, the shelf life of these Oxygen plants will be 15 to 30 years.

The proposal for the oxygen generation plant project was approved by the civic standing committee meeting held on June 9, 2021, and the BMC had appointed Highway Construction Company for the project. Following the approval, the work order was given to the contractor on June 14. After that, on June 16, the sites for the project to be set up were inspected and on June 25, these sites were finally handed over to the firm. Applications were also made from the concerned suppliers to supply power at the required pressure. The civic body had given them a month to complete the work. However, the work has did not start even by July 25. The civic body officials said they have issued a notice/ reminder warning to the contractor.

P Velrasu, additional municipal commissioner (Projects) confirmed issuing a notice/ reminder to the contractor. BMC notice read: “The period of completion of the work, that was 30 days was already expired. You are hereby instructed to complete the work immediately without fail, otherwise, a penalty will be levied to you, as per terms and conditions of the tender. Moreover, an action deemed fit will be taken for the lapses, delay and non-compliance, if found any, as per tender conditions”

Mumbai: Amid complaints of mess due to walk-ins, BMC to announce Covid-19 vaccination slots on...