In 2018, the state government passed a law imposing a ban on use of plastic

After a gap of two years, the BMC on Friday was back in action on the banned plastic, including single-use disposable plastic. On the first day of its drive, the civic team inspected 1,158 places, including malls, markets, and shops across the city. Throughout the day 354 kg of plastic was seized and Rs 35,000 fine was collected as fine from the violators. While legal action was taken against one shop owner who refused to pay the fine.

In 2018, the state government passed a law imposing a ban on use of plastic. Accordingly, the BMC had taken action against the violators for two years regularly, but the drive came to a halt during the Pandemic. However, with cases coming down and restrictions being lifted, the civic body in June once again appealed to the citizens to stop using banned plastics and had said a strict ban would come into force from July 1. The drive started on Friday, throughout the city by the BMC's shops and establishment department. A squad of markets, shops, and the establishment and license department visited the malls, supermarkets and shops in the city.

“Our team seized 354 kg of plastic and collected Rs 35,000 towards fine from the offenders. The inspection of shops and malls will be carried out regularly hereafter,” said a senior civic official. The production, transportation, sale, storage, handling, and use of prohibited plastic, as prescribed by the Maharashtra government, is prohibited under the Maharashtra Degradable and Non-Degradable Waste (Control) Act, 2006. 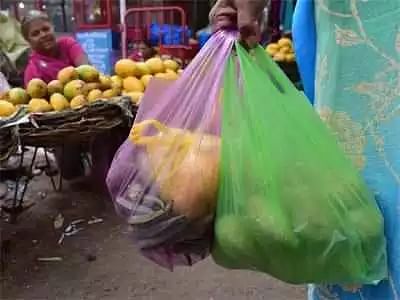