A Maharashtra BJP legislator's reported remark about the Shiv Sena headquarters has sparked off a verbal duel between the two parties, with Sena leader Sanjay Raut saying on Sunday that Marathi 'manoos' (person) would not spare the "drug-addict politicians", while former chief minister Devendra Fadnavis asserting that if anyone attacks the BJP, it knows how to counter it.

Prasad Lad, a member of the state Legislative Council, had said during a BJP function on Saturday that the Shiv Sena Bhavan, the party's headquarters at Dadar in central Mumbai would be demolished if needed.

He had later expressed regret saying that his statement was presented out of context by the media. He also withdrew the remarks.

In his clarification, Lad had later said in a video statement, "I have the highest regard for the late Balasaheb Thackeray and I consider Sena Bhavan as a sacred abode. How can I speak against the Sena Bhavan? What I meant was that the BJP is a major power and it will prove its might against political rival Sena in the upcoming BMC polls. Last month, the Sena had attacked our activists outside the Sena Bhavan. So it was a political reply. It was certainly not directed at the Sena supremo or the Bhavan".

However, the remarks led to a verbal duel between leaders from the two parties, which were once ruling allies.

Raut, who is Shiv Sena's chief spokesperson and a Rajya Sabha member, took a dig at the BJP saying there was an "urgent need to undertake a drug de-addiction programme" in Maharashtra.

"Otherwise, Marathi manoos on the footpath of Shiv Sena Bhavan will not spare these drug-addict politicians. Shiv Sena Bhavan is a shining symbol of Marathi identity.Samajhne walo ko ishara kafi hai (A hint is enough for the one who understands)," he said.

Earlier in the day, Shiv Sena president and state Chief Minister Uddhav Thackeray, while speaking during a function in Mumbai, said that the language of intimidation will not be tolerated and a befitting reply will be given to those speaking it.

"Nobody should speak the language of slapping us as we will give back such a tight slap that the other person will not be able to get back on his feet," he said during a speech made at the event.

Thackeray's predecessor Fadnavis, who is the Leader of Opposition in the state Assembly, said that the BJP does not believe in "tod-phod" (vandalism) and "destructive politics" was not its culture.

"We don't attack anybody first. But if somebody attacks us, we don't take it lying down. It is countered effectively," he said.

"You are right Raut saheb..Maharashtra needs to be drugs-free.and this should start from Kalanagar," he said in a tweet. 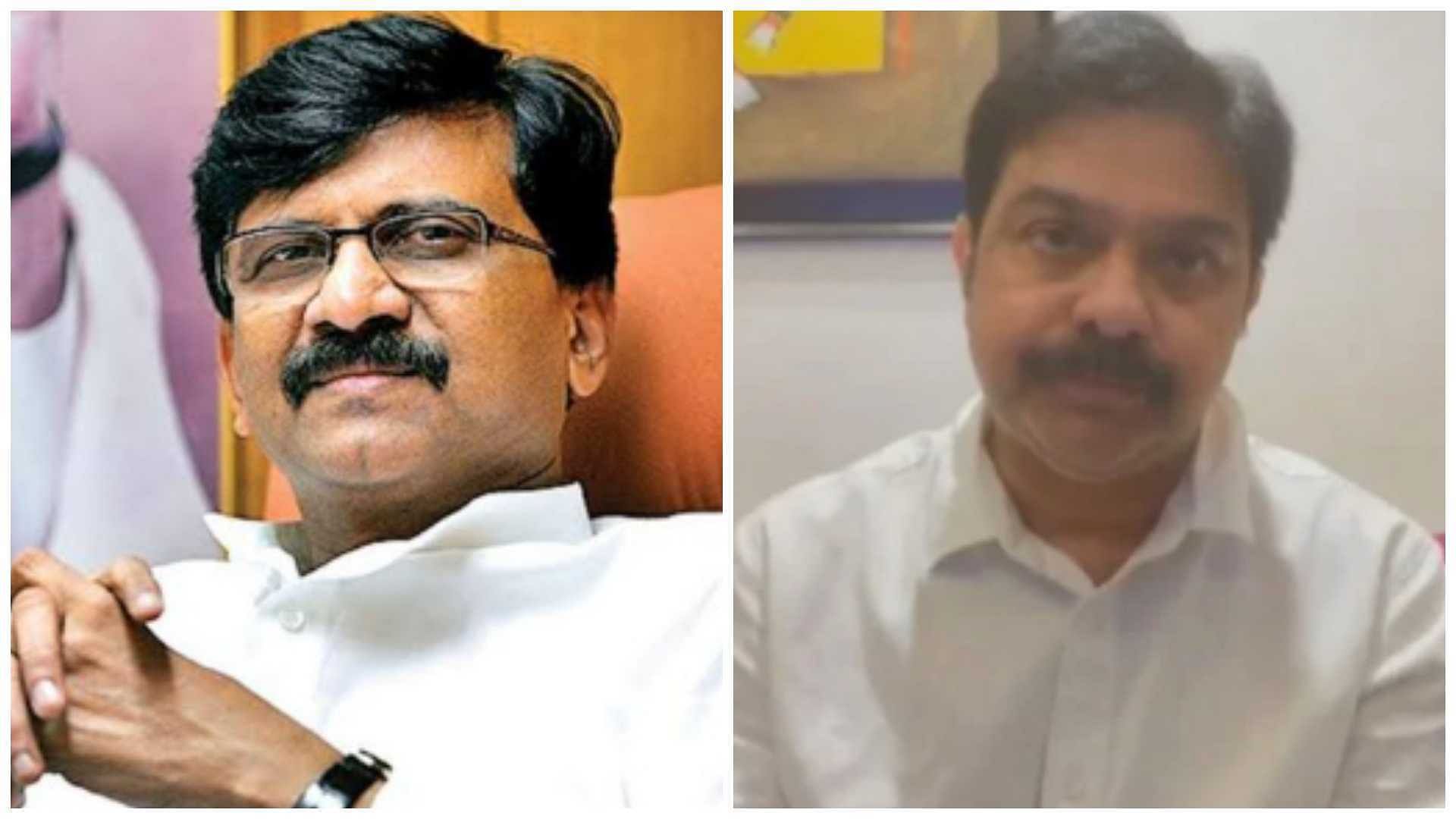 In June this year, clashes had broken out between Shiv Sena and BJP workers in Dadar area after the youth wing of the BJP had taken out a protest march against "offensive" remarks in the Sena mouthpiece 'Saamana' about the land deal controversy in Ayodhya.

The Shiv Sena, which was one of the oldest allies of the BJP, had forged an unlikely alliance with the NCP and the Congress after the 2019 state elections to form the Maha Vikas Aghadi (MVA) government, after parting ways with the BJP over the issue of sharing the chief minister's post.

After a month-long political crisis, Uddhav Thackeray had taken oath as the chief minister in November 2019, while the BJP sat in the opposition.

Elections to the cash-rich Brihanmumbai Municipal Corporation (BMC), which is currently ruled by the Shiv Sena, will be held next year.