Mumbai: BJP lashes out at MVA govt for protecting Patole for his alleged 'disgraceful' statement against PM Modi

The opposition has pressed for Patole’s arrest for his purported statement in a video on PM that ‘’I can abuse Modi, and I can even beat him up.”

BJP stepped up its demand for the arrest of Maharashtra Pradesh Congress Committee President Nana Patole’s arrest for his purported statement in a video that ‘’I can abuse Modi, and I can even beat him up.”

BJP slammed the MVA government for protecting the state Congress president Nana Patole despite using defamatory language against the Prime Minister Narendra Modi. The opposition has pressed for Patole’s arrest for his purported statement in a video on PM that ‘’I can abuse Modi, and I can even beat him up.”

However, Patole clarified that he had not insulted or abused PM but said Modi referred to in his conversation with villagers of Bhandara district was not the prime minister but a local goon. He further said the Bhandara police have arrested the said goon but it was immediately denied by the police.

State BJP chief Chandrakant Patil lashed out at the MVA government saying that ‘’Though Congress state president Nana Patole used offensive language against the country's prime minister, no action has been taken against him yet. But if we protest against Patole, action is taking against BJP workers immediately. We will not be afraid of such actions of the state government.’’

He further said, ‘’The ministers and their leaders in the MVA government, as usual, are silent on the issue. But the government has to take action against Patole. I appeal to all BJP workers to go to the police and lodge a complaint against Patole.’’

Further, the BJP legislator Ashish Shelar, who participated in the protest to condemn Patole’s ‘’disgraceful’’ statement against PM, said,’’Is Nana Patole involved in any conspiracy against Prime Minister Narendra Modi? So, arrest Nana Patole and do his narco test!’’

However, Patole reiterated BJP’s allegations saying that “The Congress knows the dignity of the post of prime minister and it was the BJP that was damaging the image of Maharashtra with such protests. ‘’ He said he has directed the Congress' district-level leaders to file complaints against BJP leaders indulging in these protests, which were lowering the dignity of the post of PM.

Meanwhile, Patil announced that the BJP will approach the Governor with a plea to dissolve the council of ministers which recently gave a waiver of fine of Rs 3.33 crore to a housing project by Shiv Sena legislator Pratap Sarnaik who is presently facing an Enforcement Directorate probe in a money laundering case. The party will also approach the Lok Ayukta against the state cabinet’s decision. 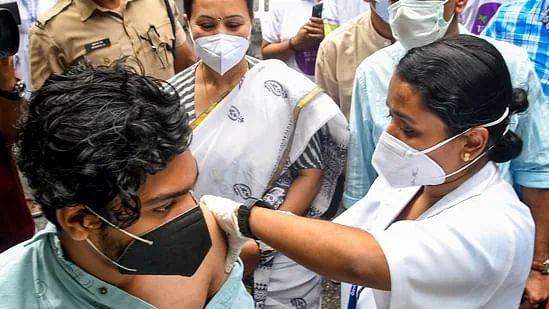