As per estimates drawn in budget 2022-23, losses to the tune of Rs 2230 crore is expected. If we analyze the data then one would realize that the finances of BEST Undertaking were getting redder by the year for the past 18-20 years now.
Shashank Rao 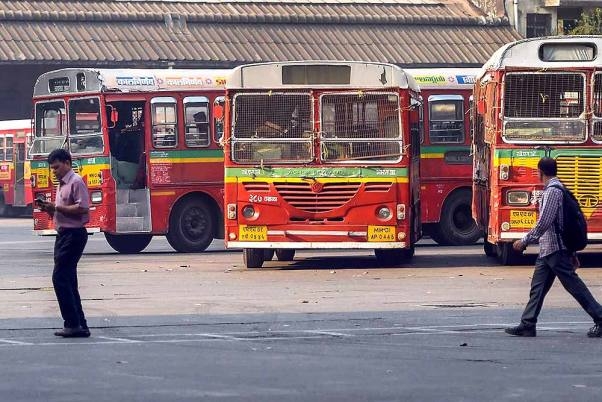 The Brihanmumbai Electricity Supply and Transport (BEST)'s financial trouble is escalating by the year. On December 14, the BEST authority had an internal high-level meeting as the total deficit is expected to touch Rs 10000 crore by 2022-23. As per estimates drawn in budget 2022-23, losses to the tune of Rs 2230 crore is expected. If we analyze the data then one would realize that the finances of BEST Undertaking were getting redder by the year for the past 18-20 years now.

This can be seen in the statistics compiled by Mumbai Metropolitan Region Development Authority (MMRDA) in its ‘ Basic Transport and Communications Statistics for MMR’ published in December 2020, which hasn’t been made public yet. According to this report, the expenditures of BEST have increased by more than 2.35 times from Rs 86900 lakhs in 2000-01 to Rs 204763 lakh in 2018-19.

The revenues have barely jumped by 1.48 times from Rs 69610 lakh to Rs 103478 lakh. Sources in MMRDA clarified that as BEST could not provide data on all aspects of revenues while collating it; and so there are columns where they have published ‘NA (not applicable)’ for years 2015-16 to 2018-19. If we access the data then as the 21st century started, the revenues of BEST consistently increased as it breached the five figures amount with Rs 112355 lakh in 2010-11.

For the year 2021-22, the BEST showed a deficit of Rs 1887 crore and now the proposed budget for 2022-23 has projected another Rs 2230 crore. The accumulated losses of BEST stood at Rs 4200 crore which was apart from loans taken to the tune of Rs 1400 crore till September 2021. They have an outstanding of Rs 2500 crore which needs to be paid to financial institutions besides tax liabilities of Rs 900 crore.

There is another Rs 600 crore as power procurement charges. They had also sought Rs 406 crore from BMC for paying gratuity to its 34000 employees having an interest of around Rs 50 crore. Ashish Chemburkar, the BEST Committee Chairman said that there is no doubt losses are increasing but the opposition is making it all political.

Over the past 2 decades or so, MMRDA’s study shows that BEST’s asset value rose from 2000-01 to 2014-15 after which data wasn’t available barring in 2017-18 where figures of land and buildings were provided. The BEST Undertaking has 27 depots spread across several acres of land in prime properties of Mumbai. They also have bus stations right outside railway stations which again have tremendous value.

BEST Committee member and BMC Leader of Opposition Ravi Raja said, “The accumulated losses are increasing for BEST. They have taken loans from different financial institutions and also need to repay Tata Power. The Undertaking is in a poor state and they cannot continue asking for funds or loans from BMC as otherwise it too will go in the red. The only way out is the commercialization of its assets”.

The daily average occupancy inside buses has further dropped from 15116 lakh to 8068 lakh during this period. The BEST buses seem to be struggling in maintaining the kilometre run on fuel for both diesel and CNG. As per the statistics, in 2000-01 the diesel buses consumed 3.04 KMPL that has dropped to 2.83 KMPL. Likewise, CNG buses were running 2.74 KMPKG in 2009-10 that went down to 2.67 KMPKG. 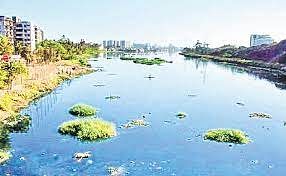 Rivers of Mumbai or sewers that stink?