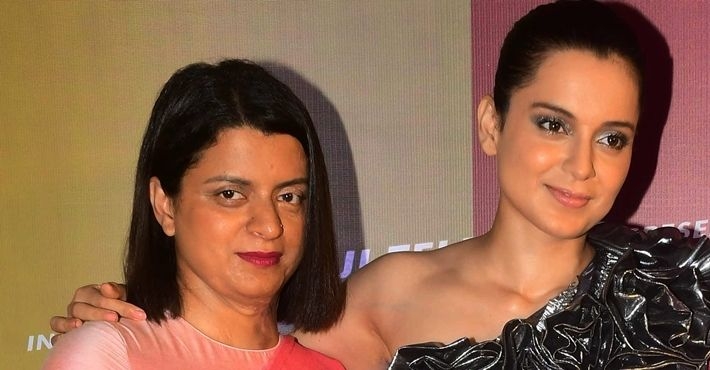 The Bandra magistrate court has on Friday asked the police to investigate the complaint lodged against Bollywood actor Kangana Ranaut and her sister Rangoli Chandel for allegedly trying to create communal tension through their tweets and TV interviews.

Metropolitan Magistrate Jaydeo Y. Ghule said in his order that on prima facie perusal of the complaint and on hearing submissions made by the complainant’s advocate, the cognizable offence has been committed by the duo. It said that thorough investigation is necessary by experts and search and seizure is necessary in the case.

Magistrate Ghule passed an order under Sec 156(3) of the Criminal Procedure Code which empowers a magistrate to order an investigation.

Bandra resident Munnawarali Sayyed, a casting director and fitness trainer had approached the court on 15 October. He had sought direction to the Bandra police to register an FIR against Ranaut and her sister under sections of the IPC pertaining to promoting enmity between different groups, malicious acts to outrage religious feelings and sedition.

Sayyed said he had worked with eminent directors like Ram Gopal Verma and worked as a casting director in successful south Indian films. He told the court in his complaint that he had made a written complaint to the Bandra police on 16 September against the duo but no action was taken. He had then made a written complaint to the zone’s DCP on 1 Oct bringing to his notice that the police had not taken any action. He said therefore, he had approached the court to direct an investigation.

In his complaint before the court, Sayyed said that the actor through her tweets and TV interviews has been continuously defaming the Hindi film industry and portraying it as a hub of nepotism, favouritism, drug addicts, communally biased people and murderers.

Her tweets were creating a communal divide between artists of two religious communities, he said and alleged that she was maliciously bringing religion in all her tweets.

He cited some of her tweets on Palghar lynching, calling the BMC as ‘Babur Sena’ and blaming the Tablighi Jamaat for spreading Coronavirus.

Sayyed said that Kangana has tried to create hatred and communal tension knowing that she has a huge fan base and that her tweets will be seen by many people.

He referred to a recent tweet of the actor in which she called the film industry dominated by a particular religion. Through this, Sayyed said the common man gets the wrong impression that persons of one religion are persecuting those of another.

His complaint also mentioned her tweets against the CM Uddhav Thackeray and the Mumbai police. He cited a communal tweet of Rangoli Chandel due to which her Twitter account was deleted.

Sayyed had stated in his complaint that an investigation was necessary to ascertain the real motive behind the hate tweets and who are backing these. Kangana Ranaut brutally trolled after calling herself ‘first ever legitimate action heroine’ of...