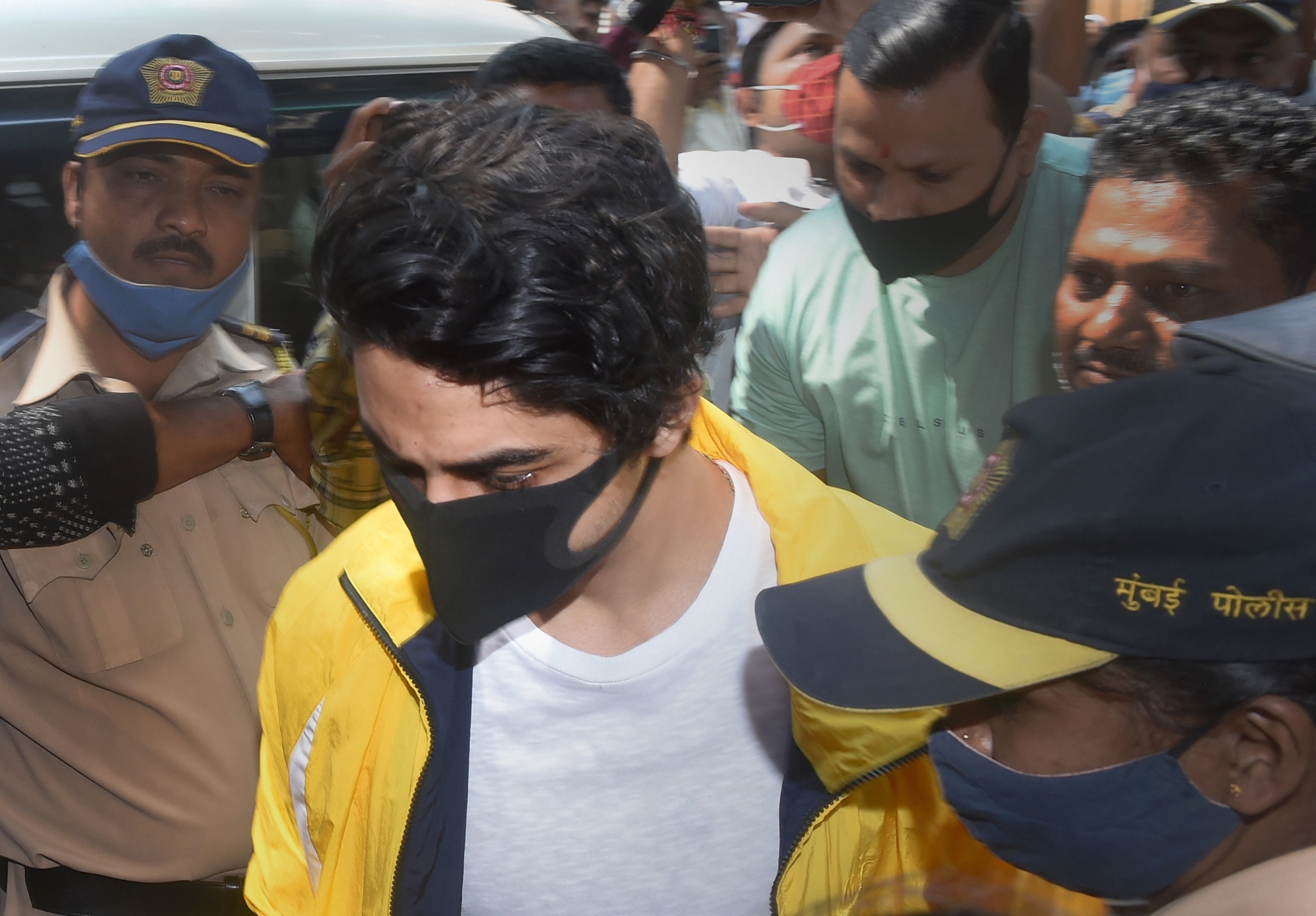 Aryan Khan on Friday appeared before the Narcotics Control Bureau (NCB) in Mumbai to mark his weekly presence before the agency in connection with the cruise ship drugs case. This was Aryan Khan’s first appearance at the NCB office after his release from the Arthur Road prison on October 30 following the bail granted by the Bombay High Court on October 28.

Aryan, who was accompanied by his personal security guards, reached the NCB office at Ballard Estate around 12.15 pm.

"As per one of the bail conditions set by the high court, Aryan Khan had to pay a visit to NCB office to mark his presence on Fridays between 11 am to 2 pm," said an NCB official.

Explaining the attendance process, the NCB official said, "The process is that the person should come and sign in a register maintained by the NCB and then leave. If the agency wants, they can summon the person for enquiry, but we have not issued any summons to Aryan Khan, neither any enquiries were made with him on Friday. He left soon after completing due procedures."

A 22-member team headed by NCB Zonal Director Sameer Wankhede on October 02 conducted a clandestine raid in the mid-sea on information that drugs were being used in a cruise party. During the raid, they arrested Aryan Khan, along with Munmum Dhamecha, Arbaaz Merchantt, Vikrant Chhokar, Mohak Jaswal, Ishmeet Singh Chadha, Gomit Chopra and Nupur Satija. The NCB had seized 13 grams of cocaine, 21 grams of charas, 22 pills of MDMA, 5 grams of MD and Rs 1.33 lakh in cash during the raid.