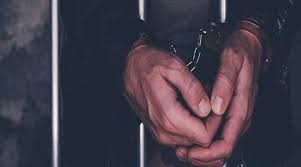 Mumbai: A Mumbai Metropolitan Region Development Authority (MMRDA) official has been arrested by the Mumbai Anti-Corruption Bureau (ACB) in a bribery case.

The accused government servant has been identified as Sunil Atpadkar (46), who works at the MMRDA office at Bandra-Kurla Complex.

According to the ACB, the complainant is a resident of Kandivli (W). In 2017's stampede at Parel railway station, the MMRDA had cleared all the unauthorised houses built near the station and in return, the affected persons were given rooms at Mankhurd Hiranandani Tata Nagar.

The complainant too was one of the affected person and was provided a room at Mankhurd, but due to some reason, the complainant had not taken possession of the said room, officials said.

"In order to follow up on his application, the complainant had met Atpadkar on August 5, who allegedly demanded a bribe of Rs 2 lakh to process his application," claimed an ACB official.

The complainant, who did not wish to pay the bribe, gave a written complaint against Atpadkar with the ACB next day. "Verification into complainant's allegation revealed that Atpadkar had demanded bribe of Rs 2 lakh and had settled the amount for Rs 1.50 lakh," said the official.

He added, "On Tuesday a trap was laid and Atpadkar was caught red-handed while accepting bribe money from the complainant".