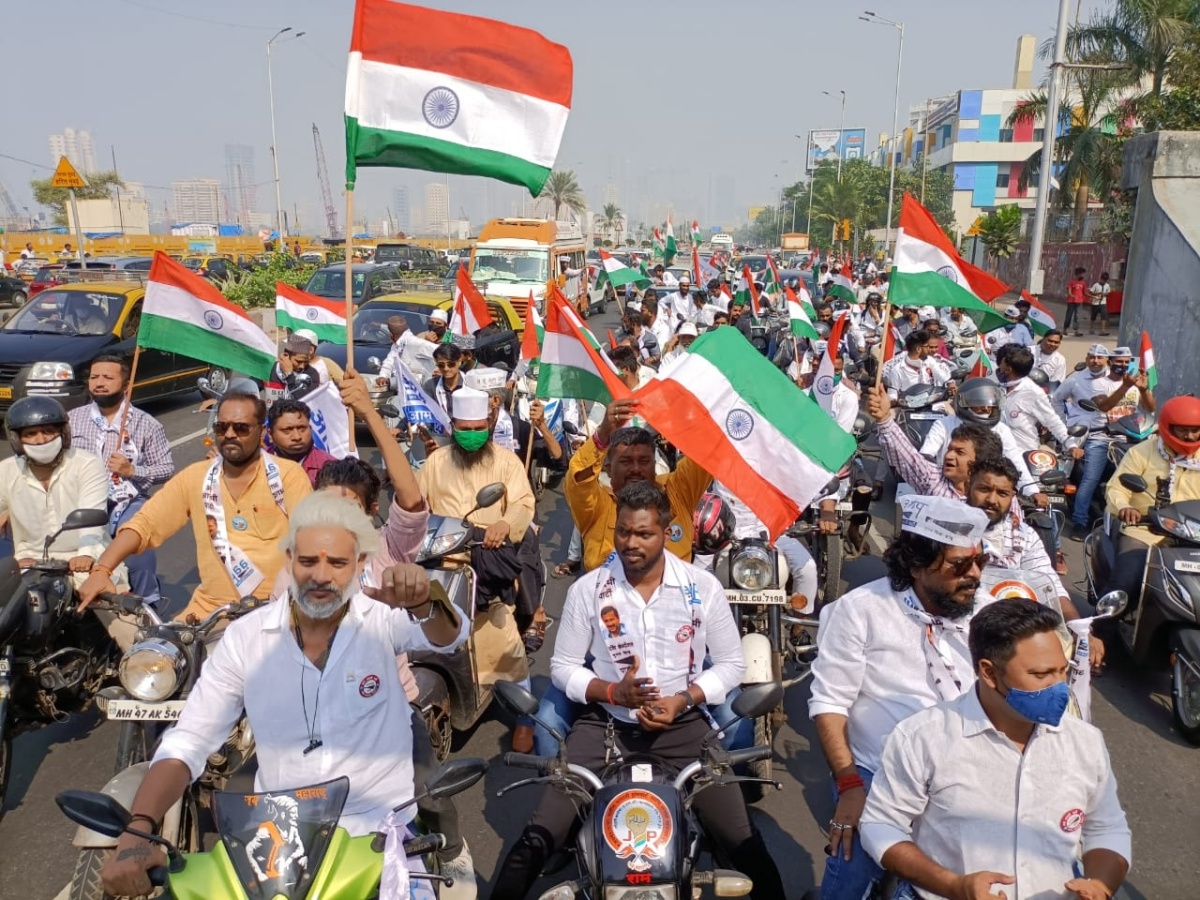 To celebrate India's Constitution Day and to honour the brave martyrs who lost their lives in the 26/11 Terror Attack, the Aam Aadmi Party on Friday held a 'Tiranga Yatra from Bandra to Tardeo.

The procession was held from Badi Masjid in Bandra to August Kranti Maidan in Tarde and it was led by Mumbai Prabhari's Preeti Sharma Menon and Pradesh Committee leaders Sumitra Shrivastav, Suresh Acharya and Ajay Sing

The rally witnessed the support of hundreds volunteers and citizens to pay tribute to the Indian Constitution and the 26/11 Martyrs.

Today is 7th Constitution Day celebration for India and marks 72 years of the adoption of the principles upon which India was conceived. It is imperative now more than ever before that we recognise the importance of upholding the values of our constitution. Laws are being passed by overruling parliamentary procedure, the role of our Institutions is being diminished, and local governments are being dismissed. 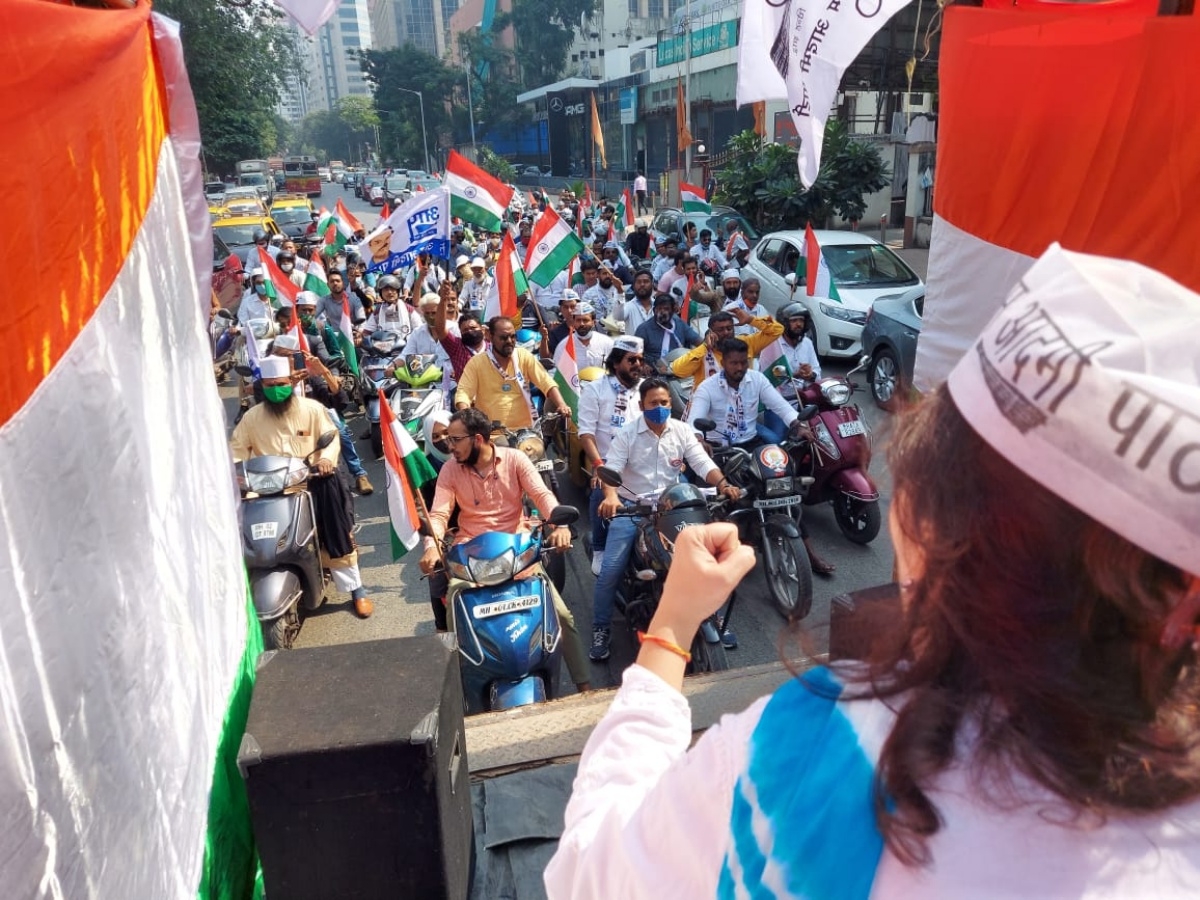 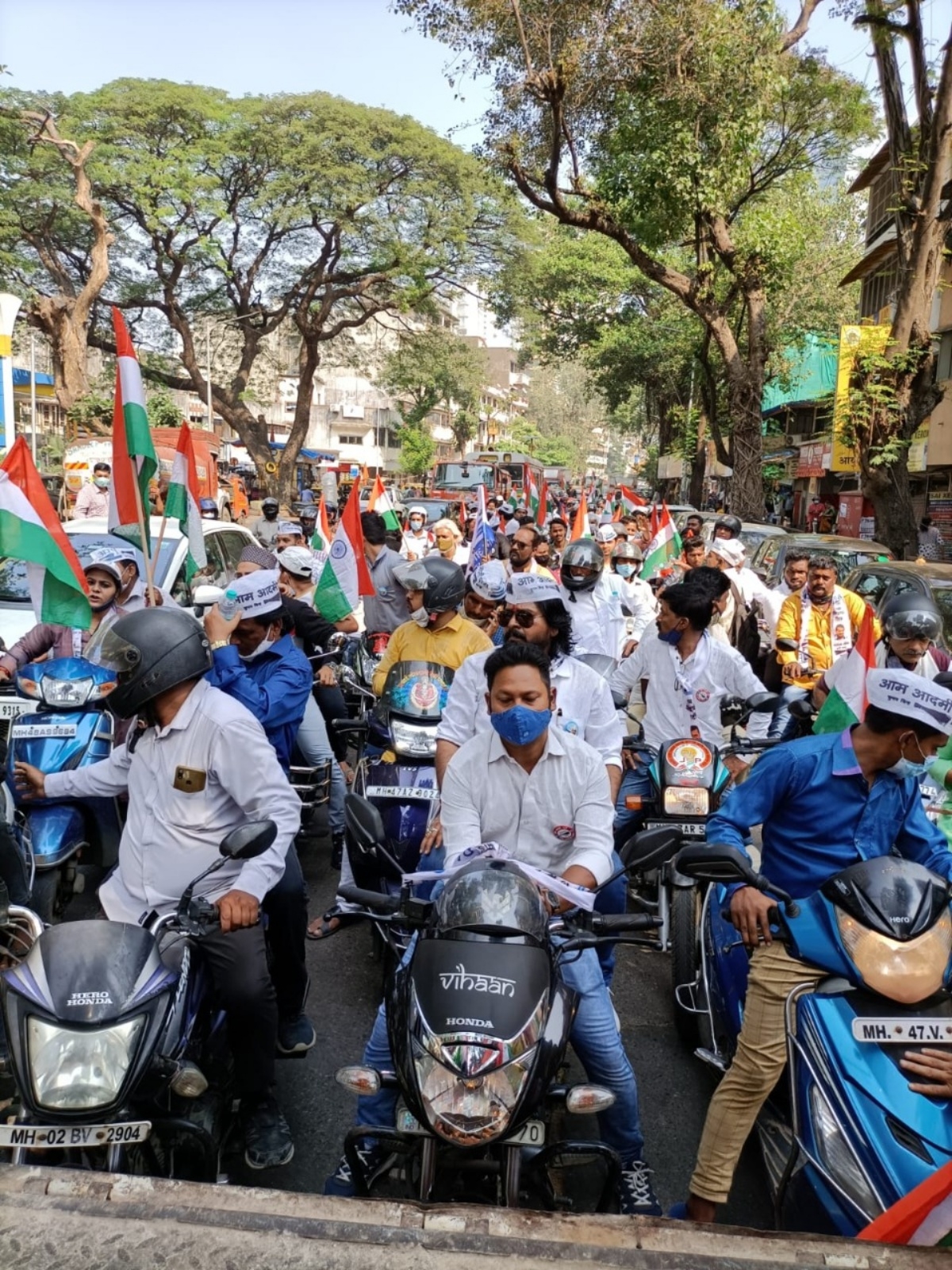 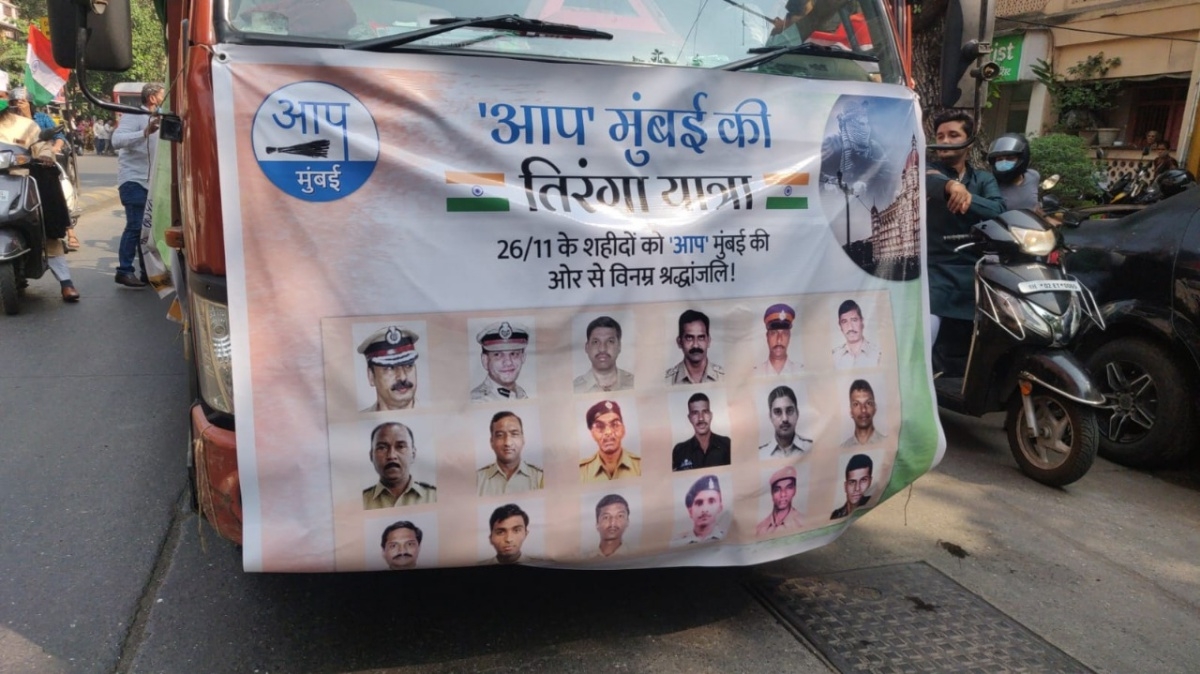 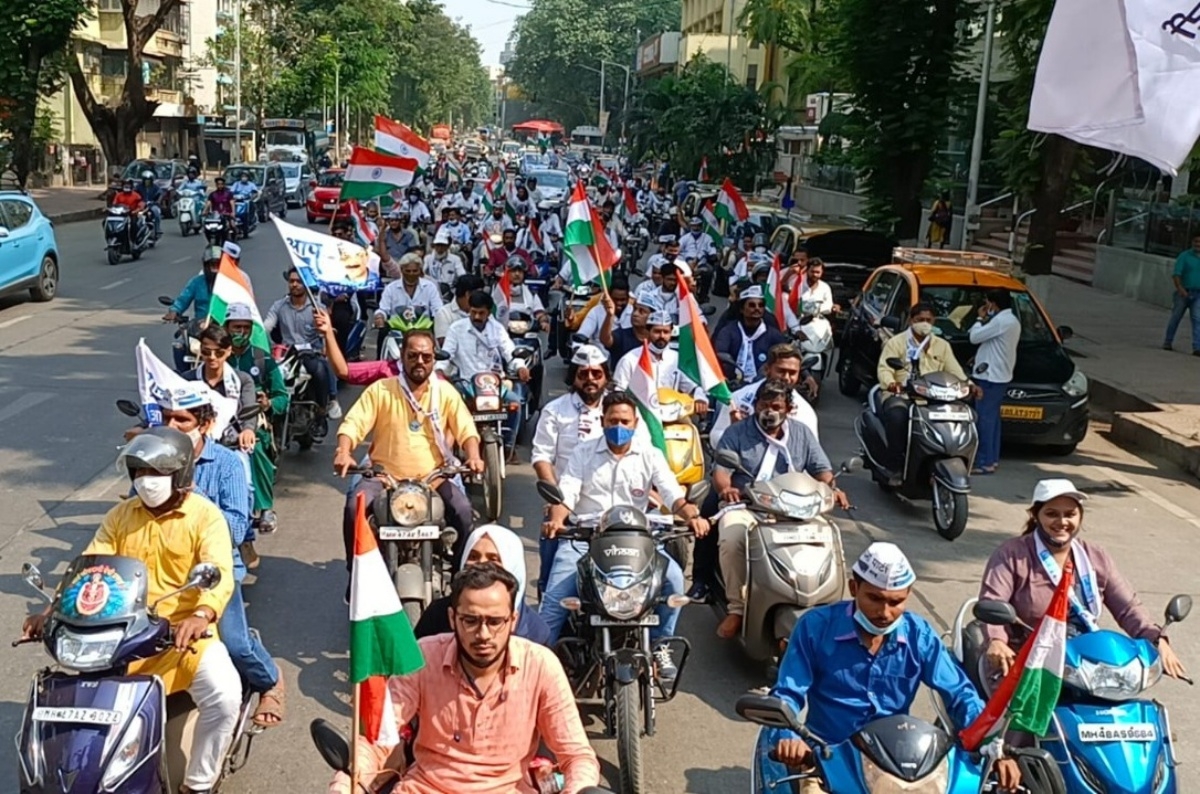 Notably, Aam Aadmi Party was found on the similar date - 26th November in 2012. While the nation celebrates Constitution Day, for Mumbai, this date is a reminder of the horrific terror attack that the city and the country bore.

The 26/11 attack led to the death of more than 150 citizens and security personnel.

"Today, as we commemorate the Constitution Day, and honour the sacrifice of those who were martyred during the 26/11 terror attacks - we must reflect upon the values that our founding principles uphold, and realise that it is in the spirit & fabric of this Country that we find the capacity to endure, to fight adversities and to overcome them together," said Preeti Sharma Menon, National Executive Member and Mumbai Prabhari. 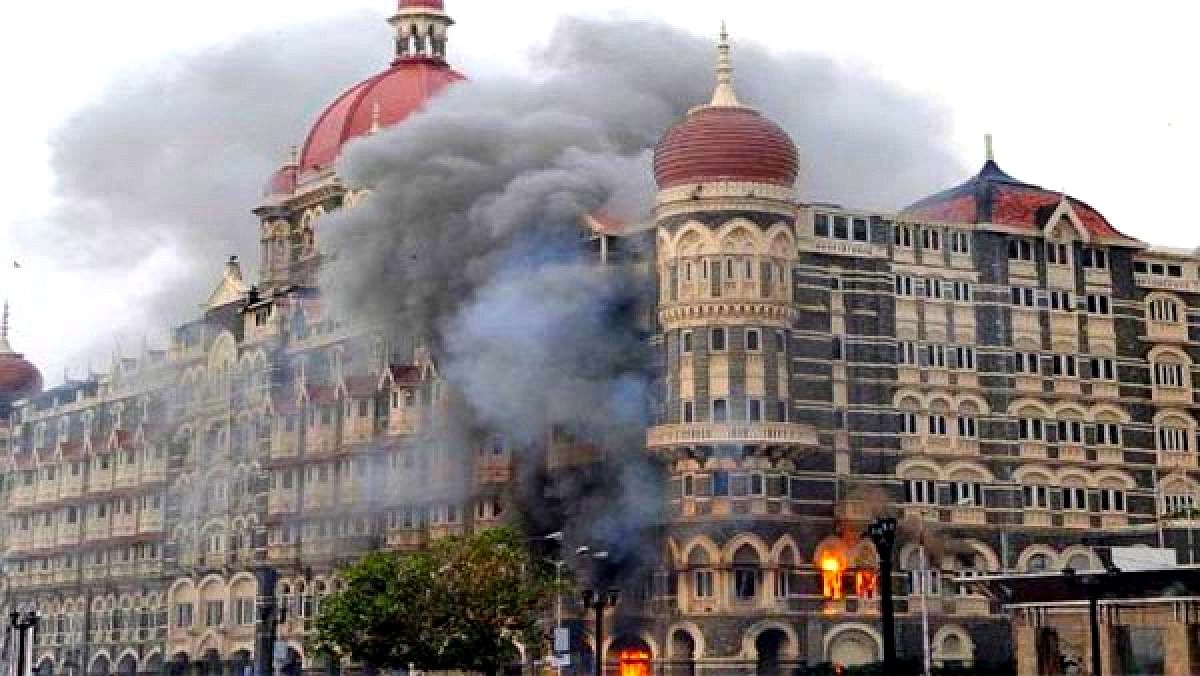 'Gone but never forgotten': Netizens pay tributes to martyrs and victims on 13th anniversary of...